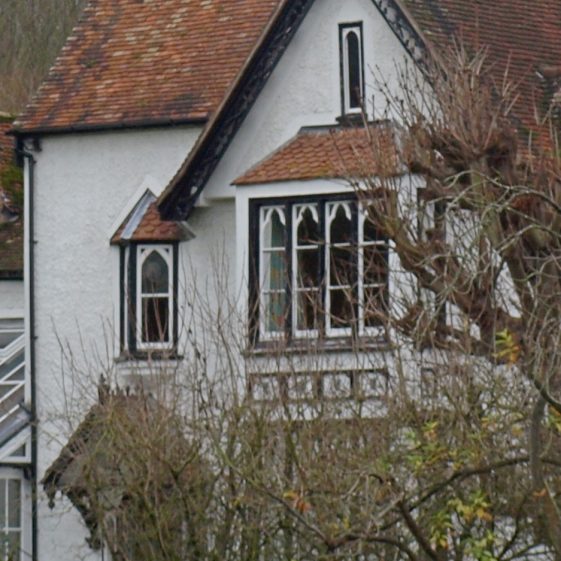 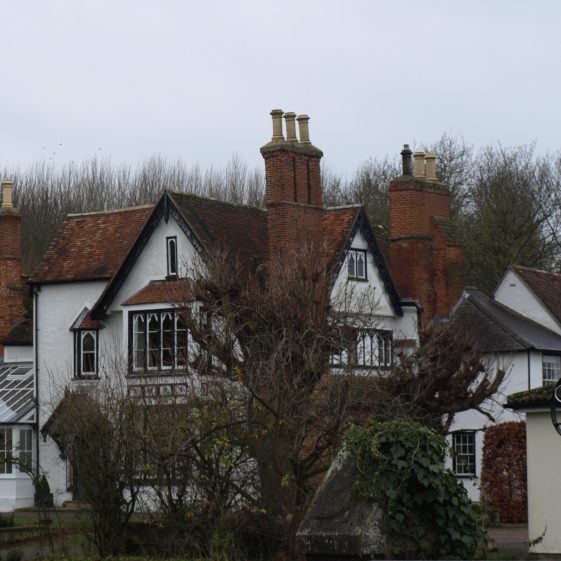 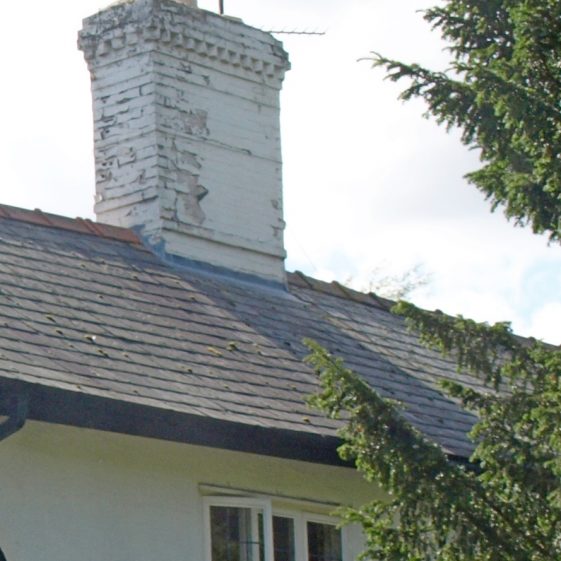 The word chimney is first recorded in English in 1330 but they didn’t appear in significant numbers until the 16th century when sound bricks became available. Many are recorded in the listing details, mainly of brick. Most are now central, although in old buildings they would have been at the end where the thatch would not have been as vulnerable. In small cottages the fireplace would have been in the hall.

There is a 1656 brick chimney stack at Sheene Manor.

The development of the chimney enabled coal rather than wood to be burnt (by the sixteenth century supplies of wood for fuel were running out). It also stimulated a redesign of the house layout and the development of an upper floor.

Fireplaces, mainly inglenook, are mentioned in the following properties in the listing documentation:

Abutting inglenook hearths of soft red brick. One originally with a bread oven, and both with salt ledges.

Abutting hearths, including an inglenook. Another hearth was added to the end bay probably early C18.

c1840 details including a fireplace surround.

The hearth is a comparatively small inglenook.

Plaster rendered jambs (side posts) of an inglenook hearth.

There are three C17 fireplaces. One to the centre room has a four centred chamfered arch to an inglenook. Another similar but smaller fireplace surround is in a room in the west wing. Another ground floor in the same wing has an inglenook with stop chamfered lintel.

In 1662 a hearth tax was introduced and this can provide useful data on the number of households in villages before the first census in 1801.

In 1662 there were 122 hearths in Meldreth with George Pyke of Sheene Manor having the most at 11.

For further information, see our downloadable pdf files below: