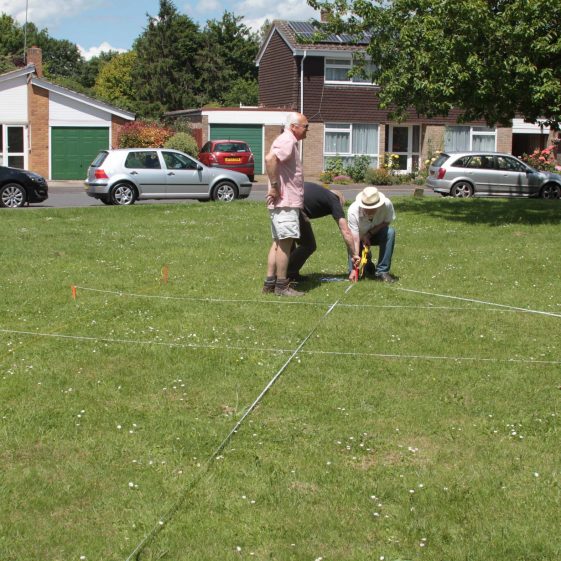 Flambards Green: Measuring the Site for the Geophys Survey
Photograph by Malcolm Woods 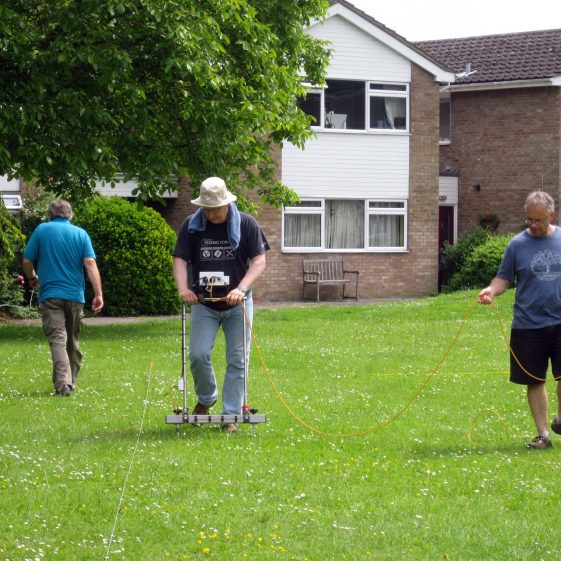 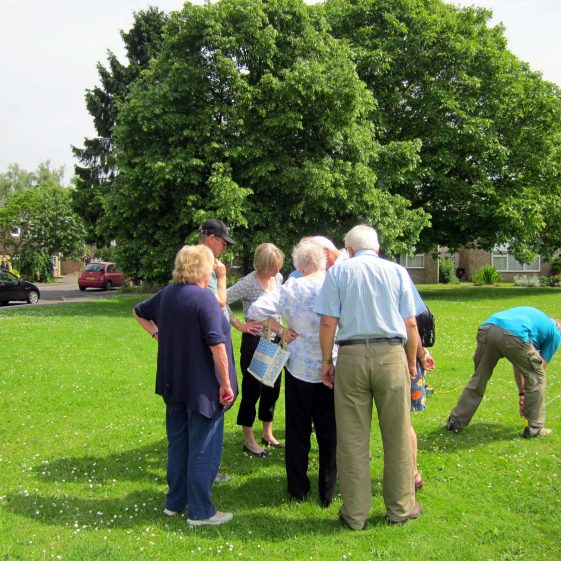 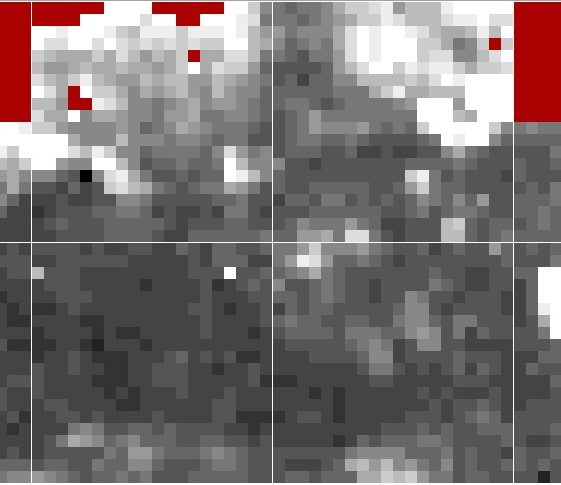 Flambards Green: the composite view of the geophysical survey 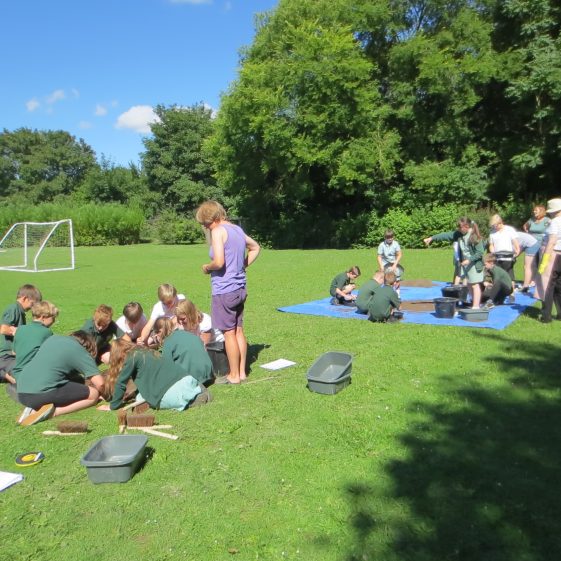 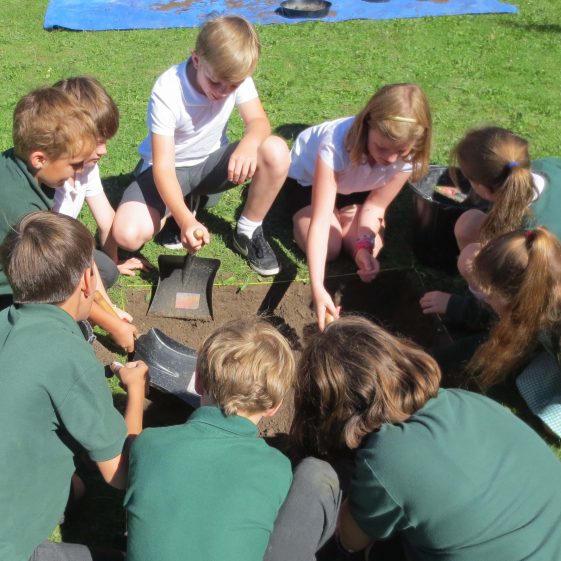 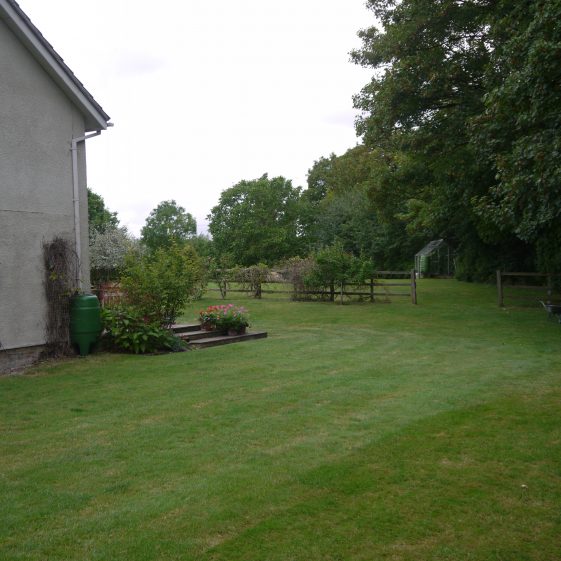 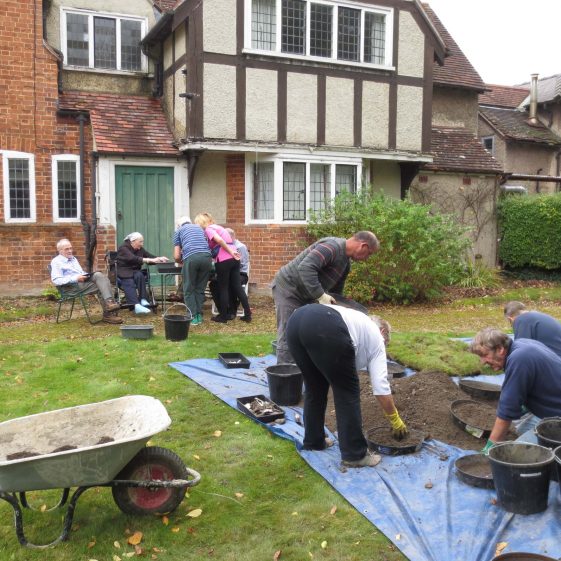 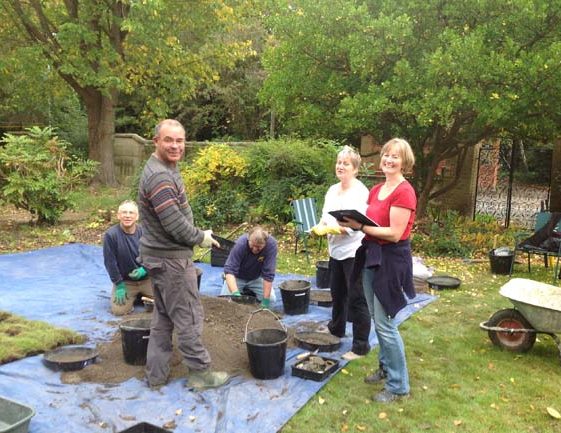 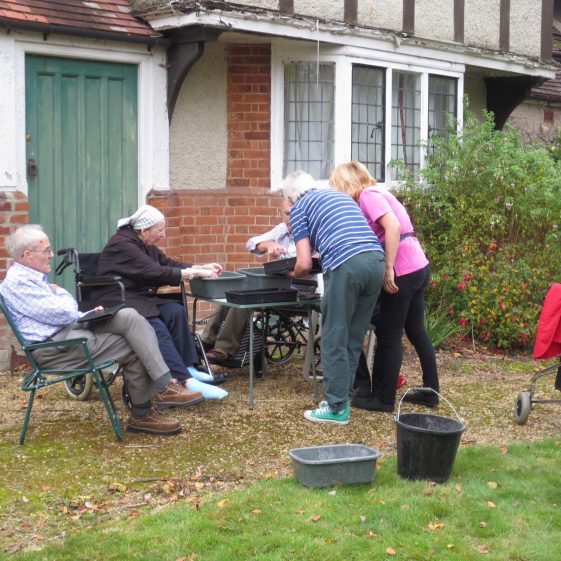 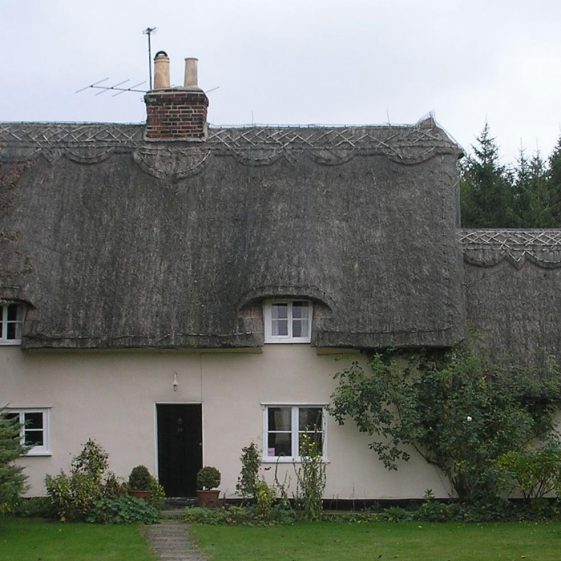 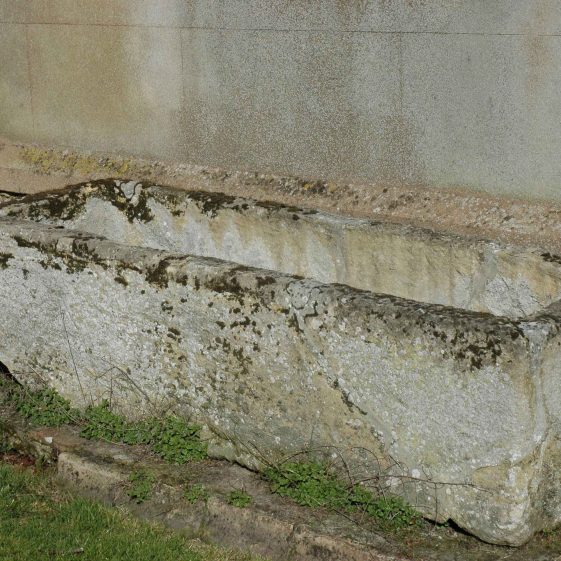 The Roman coffin, found on Mettle Hill in 1815 and now outside Holy Trinity Church
Photograph by Kathryn Betts

In 2014, we were keen to build on the success of our 2013 Heritage Lottery (HLF) funded archaeological test pitting project.

Over the course of the year, we carried out a geophysical survey of Flambards Green and supervised the digging of four test pits. We also learned of the discovery of an extensive Roman settlement in the village. Further information is given below.

Flambards Green is the site of a medieval manor house and test pits dug on the Green in 2013 revealed much evidence of occupation, with test pit 7 in particular, producing a substantial quantity of medieval pottery. The highlight of this pit was a pewter mirror back, believed to date from the later thirteenth or fourteenth century.

A geophysical survey measuring the electrical resistance in the soil was carried out on Monday 9th and Tuesday 10th June 2014 by volunteers under the direction of Terry Dymott and Robert Skeen of Cambridge Archaeology Field Group (CAFG). The resistivity survey technique detects changes in the current flowing between two probes inserted in the ground. Variations in the signal reflect the amount of moisture in the soil and this may reflect archaeological structures hidden below ground level. It was hoped that a survey of the Green might indicate potential areas of interest that may warrant further archaeology.

A composite image from the survey is shown below right. We would have expected any walls and other structures to show up as lighter images. Unfortunately, little can be seen and the results of the survey proved inconclusive. We are therefore not planning any further archaeology on the Green.

Further information on resistivity and other geophysical techniques used to detect the position of hidden archaeological features can be found on the CAFG website.

The first test pit of 2014 saw us returning to Meldreth Primary School, where we had dug a pit (MEL13/12) the previous year. Once again, we had plenty of willing helpers as the whole school came out, class by class, to assist with the digging of the pit and the sieving and cleaning of the finds.

Meldreth Primary School was built in 1910 on land that, to the best of our knowledge, had not been previously built on. The pit was dug to the rear of the school playing field, just a few metres from the River Mel. There were no particularly notable finds this year. Most of the finds were pot and these will be professionally analysed in due course.

The second pit of the year was dug in a garden close to Holy Trinity Church and approximately ten metres from the River Mel. This was previously Glebe land and there is no known record of a previous building on the site of the test pit. The land and the adjacent old vicarage were used by the Army in the Second World War. The pit was dug 50 metres to the south east of the site of a single Saxon grave.  This was a productive pit with reasonably large quantities of pot, glass and bone. Further information on the finds will be added once they have been analysed.

This was the first test pit to be dug at Maycroft Care Home. The pit was dug by volunteers from Meldreth Local History Group and we were delighted that residents and staff from the Care Home were able to come out and help us by washing the finds.

Maycroft, originally called The Homestead, was built by J G Mortlock in 1904 on the site of the Court Farm farmhouse (also called The Homestead) which burned down in 1901. The pit was dug in front of the 1902 house. The pit produced more glass than any other test pit dug in the village, including several intact bottles. There was also what appeared to be burnt building material in the pit, possibly from the building that burned down in 1901.

The final pit of the year was dug in front of this early eighteenth century Grade II listed building. It was a beer house from the early nineteenth century until 15th June 1956, when it reverted to a private house.

The pottery and glass found in the pit dated primarily from the nineteenth century. On reaching Context 6, an electricity cable was revealed which cut across half of the pit, confirming that the ground had been disturbed in recent years.

In 1815, a stone Roman coffin containing a “perfect skeleton” was found on Mettle Hill. It is now located outside Holy Trinity Church. In recent years, a number of Roman artefacts have been found by metal detectorists and over 40% of the test pits dug in the village in 2013 contained Roman pot, but the most significant find came to light in 2014 when archaeology on a site on the outskirts of the village, where a solar farm was installed, revealed evidence of an extensive Roman settlement site which overlay an earlier prehistoric settlement and a burial monument. For more information, see the report and the earlier desk-based assessment.