A Concert in the Parish Room 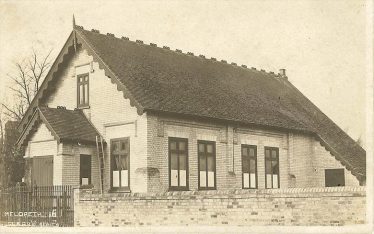 The following report appeared in the Royston Crow on 20th January 1891:

On Tuesday evening January 20th, another very successful concert was given in the Parish Room by the original “Black Boys” for the benefit of local charities.  there was a good audience, and judging from the roars of laughter and applause, they appreciated the minstrels’ efforts to entertain.  The songs and choruses were very good and well sung.  Encores were not allowed, owing to the long programme, but the songs of Messrs. Gibbs, Reynolds and Nelson, were most persistently redemanded, and they were compelled to comply.  Mr Gibbs was at home as interlocutor, and Mr J Reynolds and Mr Percy Wedd, as corner men, were again most amusing with their witty jokes and drollery.  The stump speech on “Sound” was cleverly delivered by Mr Nelson, also the dialogue, “Stocks up and stocks down” by Messrs Reynolds and Waller, eliciting much laughter and applause for their comic acting.  Mr G Ward acted as musical director.