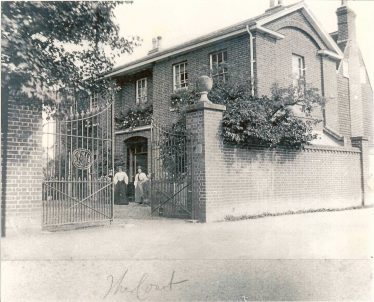 zoom
Meldreth Court, scene of some of the Jubilee celebrations
Photograph supplied by John Gipson

The following report appeared in the Hertfordshire and Cambridgeshire Reporter in 1887.  The celebrations involved virtually the entire population of the village.

The Jubilee was duly celebrated on Tuesday last in this village by entertaining nearly 700 inhabitants of Meldreth at a feast which was highly appreciated by all.  This was given in a spacious barn, kindly lent for the occasion by Messrs. Clear and Wilkerson, and was admirably arranged by a committee appointed for that purpose.  It was a pleasing sight to see the numerous happy faces as old and young sat down to a hearty meal which was brought to a close by a telling and loyal address, delivered by the Vicar, the Rev. E.W. Cory and which was responded to by ringing and hearty cheers for the Queen’s long life and prosperity.

The remainder of the day was spent by the villagers in the grounds of J.G. Mortlock, Esq., where various sports were carried on to a late hour, the prizes being distributed to the successful competitors by Mrs. Cory and Mrs. Mortlock.  Great praise is due to the Sports Committee and Umpires for the way in which this part of the day’s programme was carried out.  The ladies as well as the gentlemen in the parish exerted themselves to the utmost to make the day a happy one and their labours were crowned with the greatest success.  Meldreth Jubilee Festival will be long remembered by all who took part therein.

The service held at the parish church at 7 o’clock was well attended.  Merry peals rang at intervals from the church tower during the day when the parishioners had the pleasure of hearing the sound of their new bell.