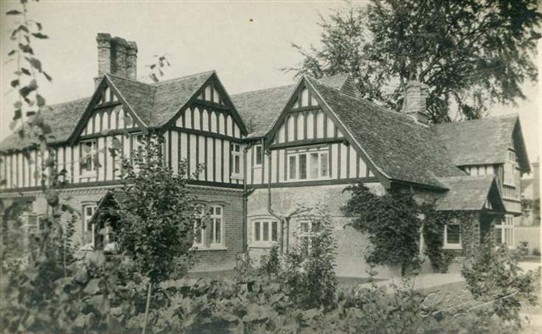 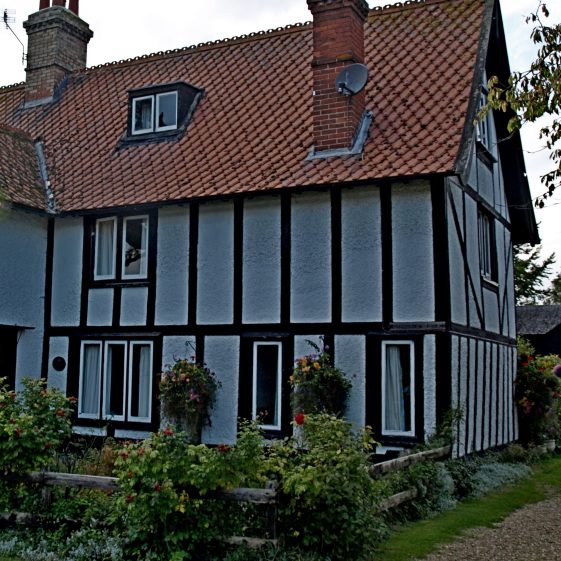 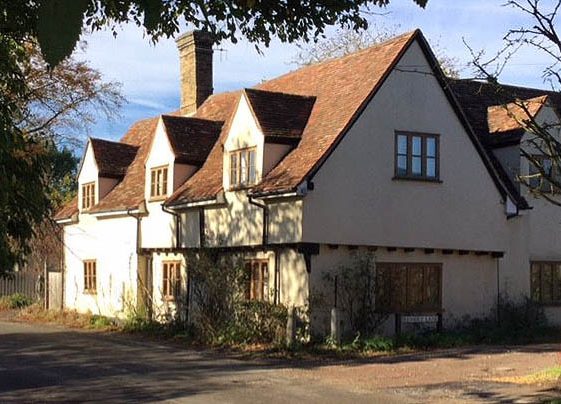 Thirty-one of the 33 listed dwellings in Meldreth are described as “timber framed”.

A typical fifteenth century farmhouse would have used approximately 330 oak trees. Even though woods were managed by coppicing (where the trees are not completely cut down but are only cut back in rotation and new timbers allowed to grow from the stump) timber was running out by the end of the fifteenth century. This was because wood was also the main method of heating until charcoal and then coal started to be used. Houses became half timbered due to the shortage of woodland; the timber exposed to indicate the owner could afford an expensive resource.

Post-and-beam construction was the main method for building these structures. Large tree trunks were used prior to the availability of modern tools and powerful saws. The wood was squared-off and the timbers joined with joints secured by large wooden pegs. Using basic tools such as axes and adzes artisans or farmers could build a building capable of bearing a reasonably heavy weight.

There are many styles of timber framed buildings but the basic types of in England are the box, cruck or aisled frame.

Barge boards are often fastened to the projecting gables to strengthen them and disguise and protect the roof purlins to which they were attached. An example is the Gables on the High Street.

Alan Williams has reviewed old pictures of the Green Man and revealed some interesting history related to the timber jettying which was, for a time, hidden behind a brick facade.

The following listed buildings descriptions include references to particular forms of timber construction:

The parlour has raised and fielded panelling of mid-late C18 below the dado (lower part of the wall) and a corner cupboard of same period.

Frame and rafters of purlin roof of uniform and substantial scantling (beam of small cross section).

One room of the C17 part is said to retain original panelling and a staircase of the period.

Dragon beam (a horizontal, diagonal beam in the corner) to support the jetty.