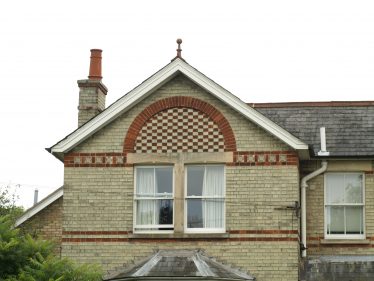 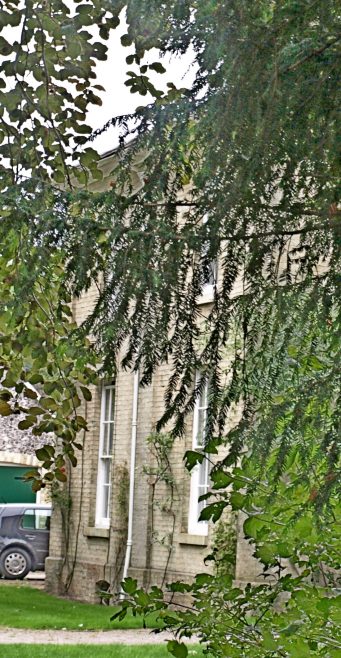 Romans used brick for construction, but this material was not used again until the 12th century and didn’t become widely available until the late 18th century.

Brick is an excellent building material as it is heat resistant and therefore better able to resist fires. It is also resistant to air and plant pollutants and is less vulnerable to frost/water damage than clunch or clay bat. It provides good insulation as air is trapped between the particles.

The majority of bricks noted in the listed buildings descriptions were red (20) which may indicate an older brick (soft red). However, bricks were also produced using the local gault clay (a stiff “blue” clay coloured yellow grey). There was a pit for brick clay at Burwell and one in Cambridge. The Cambridge Brick and Tile Company still supplies gault clay bricks. Thirteen listed dwellings were described as having grey brick, one with yellow brick and one with gault brick (The Laurels). Gault brick is yellow because the clay has no iron.

Buildings with bricks of particular interest are:

Bricks were produced locally although with the advent of the railways transport from elsewhere was easier. The Meldreth Portland Cement and Brick Co. started in 1897. This later became the Atlas/Eternit works.   There was also a site in Melbourn near Portway. There were four brick-makers in Barrington by the 1840s. The Prime family opened the Shepreth Road brickworks in 1876 which grew in size over the twentieth century. The Victoria County History has no mention of a brick works in Whaddon.  Cambridge Whites were made near Ely and Burwell Whites near Newmarket.

The bricks which replaced the wattle and daub in timber framed buildings were termed nogging.

Various designs have developed using the end of the brick (header) and the length (stretcher) in different patterns. Flemish bond is the most common, with staggered rows of alternating headers and stretchers.

There was a brick tax from 1784 to 1850. This tax initially operated on the number of bricks produced, which resulted in bricks being made larger to reduce the total number used. This can assist with dating buildings.

None of the listed dwellings in Meldreth are described as being of stone, although Barnack stone is present in the church. This limestone from a village near Peterborough was the best building stone in Cambridgeshire, but the good stone had all been quarried by the late fifteenth century.

Sandstone from the Greensand ridge was also used in construction in Cambridgeshire but there is no evidence of it being used in Meldreth.

Stone only started to be used in quantity for normal houses in the eighteenth century after the wood ran out, mainly because it was expensive to cut and transport. It has therefore only been used for prestigious buildings where the owners had access to significant resources.

Large quantities of brick fragments and rubble were found in the archaeological test pits in 2013 but none were sufficiently complete to allow analysis or dating.

Concrete is a mixture of aggregate and cement with water to form a solid material. Concrete was used by the Romans but its use vastly expanded in the twentieth century. Roman concrete resembles Portland cement.

Cement is a fine powder produced by heating limestone and other materials (e.g. clay) in a kiln and then grinding the resulting clinker to a powder.

Modern rendering is the application of a premixed layer of sand and cement to brick or stone. It is often textured, coloured or painted after application. It is generally used on exterior walls but can be used to feature an interior wall. Most of the listed buildings exterior walls are rendered but with a different mix of materials, sometimes involving horse hair – see the wattle and daub page.

The main relevance of cement to Meldreth is the existence of a number of cement works in the vicinity using local materials.

On the Whaddon Road (now the site of the Eternit works) there was a sequence of companies involved in the production of building materials.  The Meldreth Portland Cement and Brick Co. Ltd operated from 1888 to 1908. This was a different company from the similarly named Cam Portland Cement Co. It burned rock which was a by-product of coprolite digging producing clinker. It had two bottle kilns but no rotary kilns. The 1903 OS map shows twelve small kilns, of which two were probably used for cement. Output was estimated at 50 tons per week in 1907. The plant was joined to the Great Northern railway at Meldreth station by a tramway in 1901. The closed plant was on sale in 1911 (Meldreth Lime and Cement works) with a claimed capacity of 350 tons per week of lime and cement. In the 1930s, as the Cam Blue Lias Lime and Cement Co., it was still burning lime and making cement but went out of use between 1948 and 1953. The works which are now part of the Eternit Group were originally part of the Atlas Stone Company.

In 1977 Atlas was the largest employer in the parish, with about 360 staff.

There was also a large cement works at Barrington. The company, Cemex, also owned a cement works (shown on the 1903 map) on a separate site in Meldreth alongside the A10.  Villagers have mentioned that when they were children they went swimming in the lake that formed when the chalk pit associated with the works closed. They have also mentioned skating on it in the winter. It is now a fishing lake. There is also a clay pit shown on the 1903 map to the west of the cement works, although locals state that it was a chalk pit.

In the 1930s there was a court case between Chivers, the fruit growers and jam manufacturers about damage to their fruit by discharges from the Barrington works. Chivers won the case and the decision was upheld on appeal. The cement company eventually bought the site and continued to farm it for fruit (taking staff formerly employed by Chivers) until the 1970s.