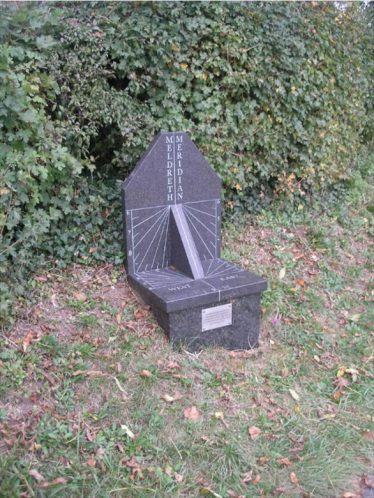 zoom
The meridian marker, photographed in 2007
Photograph by Kathryn Betts 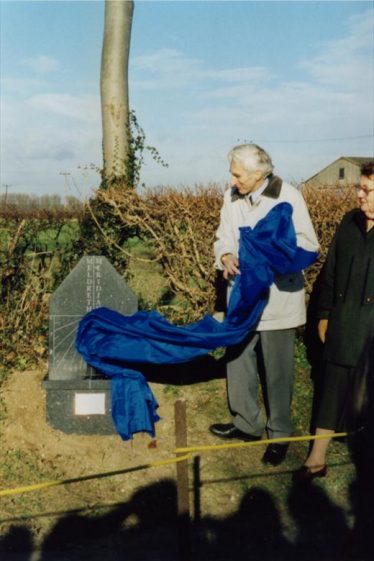 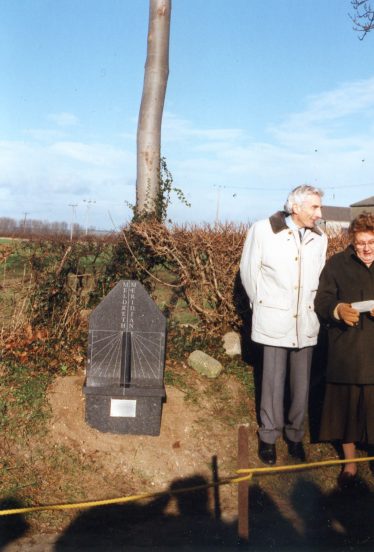 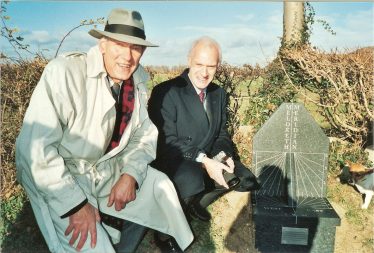 The Unveiling of the Marker

A Meridian marker was unveiled by the Astronomer Royal Sir Martin Rees in Fenny Lane, Meldreth on 4 December 1999 to celebrate the millennium.

The village, along with Orwell, lies directly on the meridian line and residents felt a suitable project was needed to commemorate the special position.  The marker doubles as a sun dial and was designed by Meldreth residents, Christopher van Essen and John Rogger.  It was made from granite by Ivett and Reed craftsman, Ben Curtis.  Financial backing came from the Parish Council precept.

The line was located using Ordnance Survey maps and by taking some readings from global positioning satellites.

The unveiling ceremony was attended by over 100 Meldreth residents who were treated to an amusing speech by the Astronomer Royal on the passing of time.

For additional information on the Meldreth meridian marker, please click here or on the download link at the bottom of this page.

The following was written by the designers of the marker, John Rogger and Christopher van Essen.  It first appeared in Meldreth Matters in December 2008.

Erected as part of the village’s millennium activities, the marker reflects the fact that Meldreth is on the Zero of Longitude and was erected for the year 2000 (MM).

You’ll find it along the north side of Fenny Lane, about 100m from the junction with Whitecroft Road.  It was unveiled on 4th December 1999 by the Astronomer Royal, Professor Sir Martin Rees, FRS (now Lord Rees, Master of Trinity College and President of the Royal Society).

Among the many Meridians that have been defined over the years, we chose to mark the IERS Reference Meridian (IRM) for the start of the third millennium.  This is the WGS84 one used by airlines for navigation, by the GPS system, and by online mapping services such as Multimap.  That’s why it doesn’t correspond with the Greenwich Meridian as marked on the OS maps and at Greenwich.  See Wikipedia articles on Prime Meridian and on WGS84 for a full explanation.

The marker itself is in the form of a sun clock, thus linking one of the earliest forms of time measurement with the latest.  The sun clock has both horizontal and vertical dials, to make best use of the sun all the year round.  The IRM line runs up the middle.  Sun time differs from Mean Time (GMT) by up to about a quarter of an hour either way, depending on the time of year.  Our dial can be estimated to about 5 minutes, so the difference is often visible.  For example as we write on November 10 2010, solar time is about 16 minutes ahead of GMT.  For a good explanation of The Equation of Time, see www.sundials.co.uk.

The simple idea of a Meridian marker meant delving into an incredible mass of detail about coordinate systems and the rotation and motion of the earth.  We learned a lot during the design, planning and installation of the marker and hope that it opens others’ eyes to the international measurement of time and position, and does so for a long time.  The marker is a substantial construction of three pieces of granite, made by Ivett and Reed to our design, and is intended to last for at least 100 years.  What Fenny Lane, Meldreth and Cambridgeshire will look like in the year 2100, we leave to your imagination.