You are here: HomenextPeoplenextFuneralsnextDeath & Funeral of Mrs Farnham 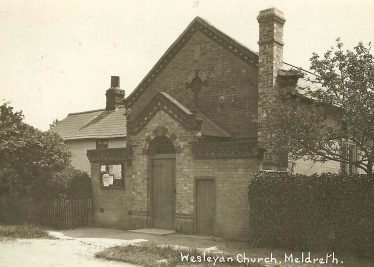 The following report is taken from The Royston Crow, dated 21st January 1927.

We very greatly regret to have to record the death of Mrs Farnham, of Blenheim House, North End, Meldreth.  The deceased lady passed quietly away on Friday evening last at the ripe age of 80 years.  For more that 30 years Mrs Farnham has been a familiar figure in the village, where she was universally respected and beloved.  Her benefactions were numerous and in a quiet way she did very much to help those who were in need.  Especially will she be missed by the little Wesleyan Church of the village, where for many years she spent her strength in the service of Methodism.  Her house was ever open to those who Sunday by Sunday were appointed to minister in the little church.  Her very real hospitality, her cheerful disposition and her genuine Christian character endeared her to all who had the pleasure of her acquaintance.

The funeral service held on Wednesday morning last at the Wesleyan Church was conducted by the Rev. Cecil H. Wright and W. Harold Beales, and was of an impressive character.  The interment took place on the afternoon of the same day in London.

Other wreaths came from her grandchildren, Connie and Ron; Eric, Doris and Nick; Derek, Daphne and Aline; Roy.From her friends Will and Neta;  from Uncle Turner and Maude;  from Flo;  from her friends and companion;  from the congregations at the Wesleyan Church;  from the scholars of the Sunday School;  from Mr & Mrs Russell and family;  from Mr T.S. Wedd and family;  from Mrs Course, Miss Course and Frank; from Annie, Harry and Grace; from Mr & Mrs H.B. Hart and family; from Mr W. East; from Jack; from Connie Standen; from Rettie and from the Local Preachers of the Cambridge Wesleyan Circuit.