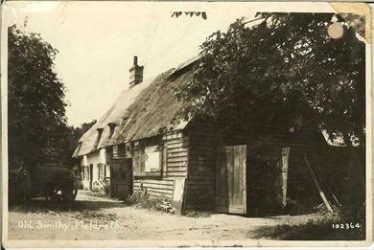 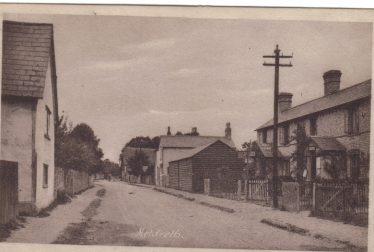 zoom
Cottage in Meldreth High Street prior to the addition of a shop, Post Office & newsagents in 1924, when purchased by Fred & Bessie Handscombe
Photograph courtesy of Teddy Handscombe 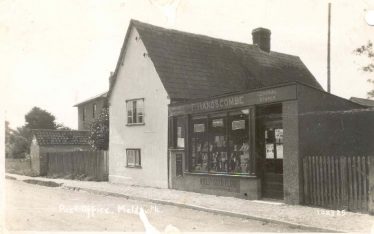 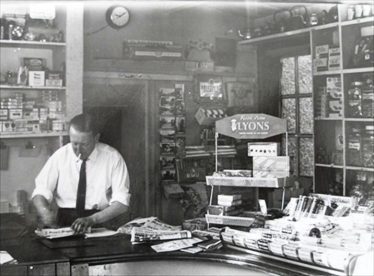 zoom
Closing of the letter box in 1993
Ann Handscombe 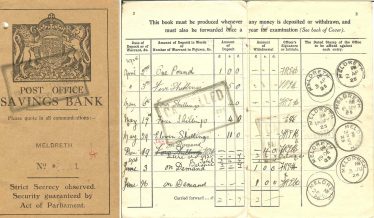 The first Meldreth village Post Office was situated in a room at the home of the Hale family in North End. It was in existence from at least 1864, when it is first mentioned in Kelly’s Directory. This thatched cottage was also the site of the forge.  Letters were delivered by horse drawn mail cart and telegrams were sent by morse code.

The  Post Office  was moved to another cottage in Meldreth High street in approximately 1910.  In 1919 Frederick Handscombe from Melbourn bought the cottage with the Post Office and became the village postman.  Telegrams could be sent using a machine with a pointed dial for each letter.  Later a telephone was installed.

In 1924 Fred Handscombe purchased the cottage on the opposite side of the road, built a shop on the side then extended the business to include groceries and a newsagents.  A post box was built into the front wall of the cottage.

The Handscombe family continued with the business until 1963 after which it was bought by Mr. Reed.   In 1993 the shop closed with the Post Office and newsagents being transferred to the other village store, One Stop, in the High Street.  The old Post Offices are now private dwellings.