From Warren's to One Stop 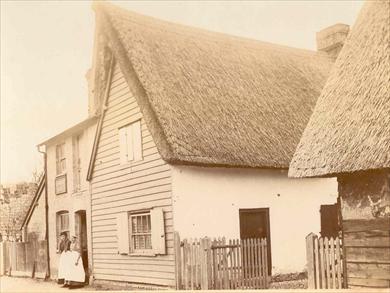 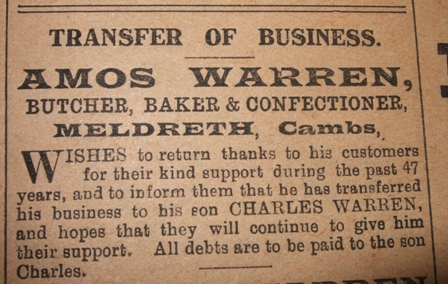 Advert in the Crow 1913
Royston crow 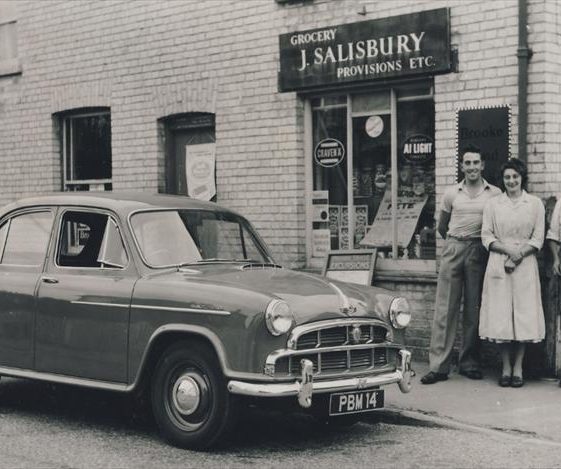 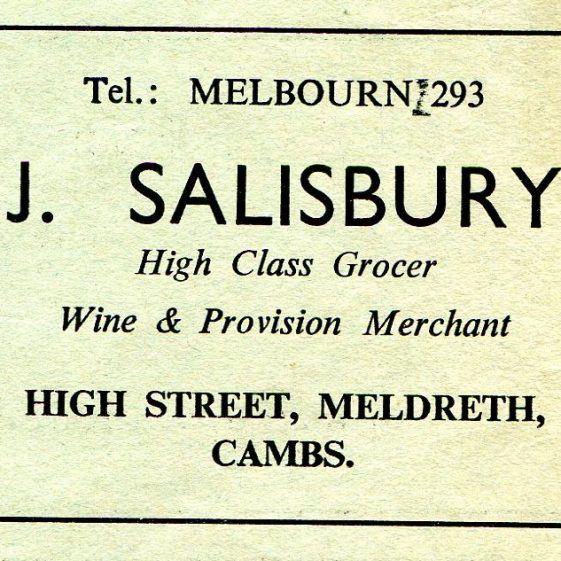 Advert for Salisbury's from The Melde Parish Magazine, March 1961
Copy of The Melde kindly donated by Joan Gipson 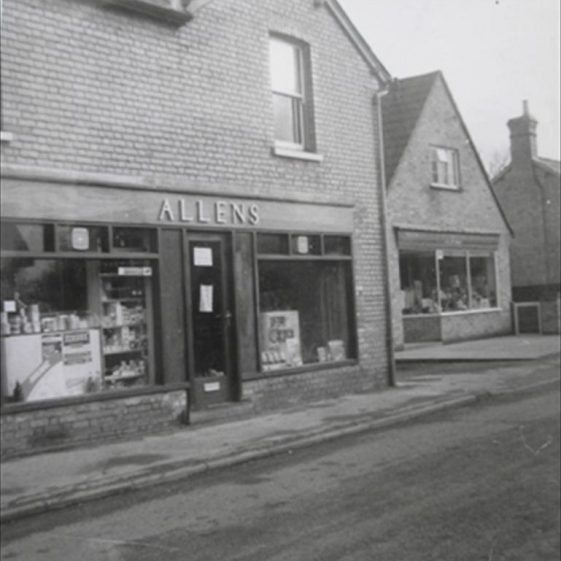 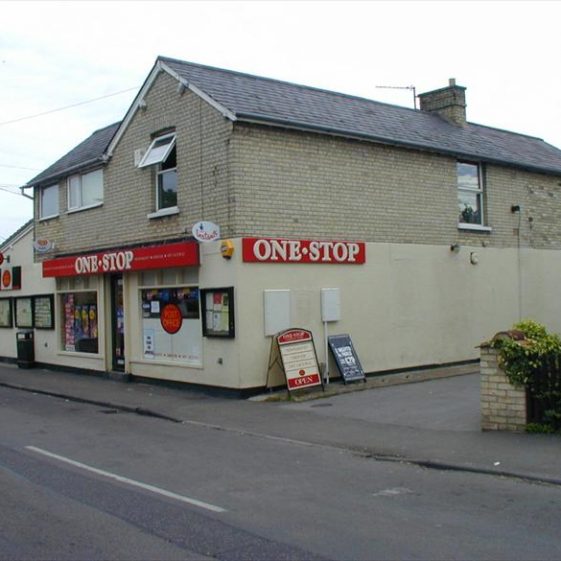 Mr Warren operated a shop and a butchers from one of the two bakehouses in the High Street. The contents of both shops and his house were destroyed in a fire in 1908. In 1936, due to Mr Warren’s ill health, the business was offered for sale.

In the early 1950’s the building was empty for some time. The Leverington family then moved into the premises following a disastrous fire in 1954 when their shop (located at 59 High Street) was burnt down.

The Allens made substantial changes to the external appearance of the shop creating a look which survives to the present day.