The Meldreth Funeral Bier is a specially constructed, hand drawn cart that was used to transport coffins between Meldreth Church and the Fenny Lane Cemetery. According to the minutes of Parish Council meetings, the bier was built by Herbert Gipson from 1921-22. Its construction was ordered by the Parish Council in preparation for the opening of Fenny Lane cemetery.

The churchyard at Meldreth Holy Trinity Church was closed to new burials in February 1907 although several burials took place after that date, including that of John George Mortlock who was buried in January 1917. The first burial in the Fenny Lane cemetery was on May 27th 1922 with burials taking place at Whaddon, Shepreth and Melbourn for the period in between. It is possible that a hand drawn bier was used for these burials although I would have thought it unlikely due to the distance involved.

The bier was stored in a specially constructed shed in Fenny Lane cemetery but has now been moved elsewhere in the village for safekeeping.

Sadly the condition of the bier has deteriorated over the years and it now needs renovation as well as a permanent home.  It would be sad to see it broken up or moved outside the village. If you know of anyone who would be interested in restoring it or can give it a safe home please get in touch with us.

Also, if you have memories of its use, or especially if you have any photographs of it in use, we would love to hear from you. Please add a comment below if you are able to help in any way. 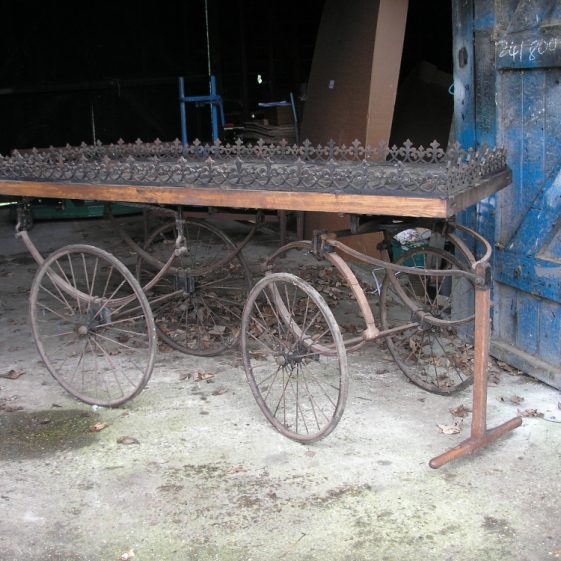 The Meldreth Funeral Bier pictured in 2009
Photo by Tim Gane 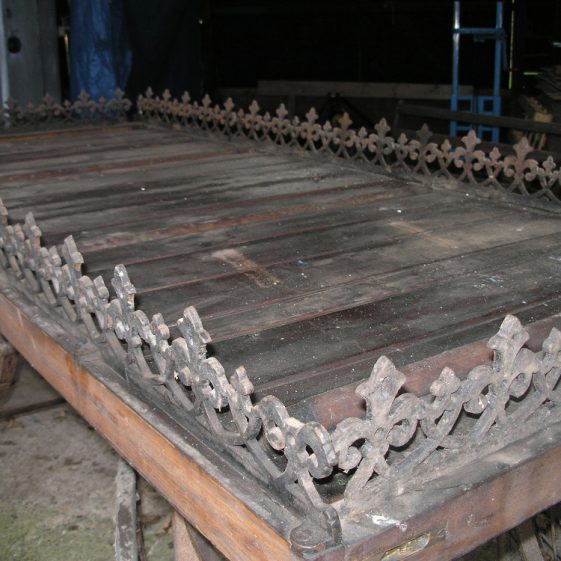 The top of the Funeral Bier
Photo by Tim Gane 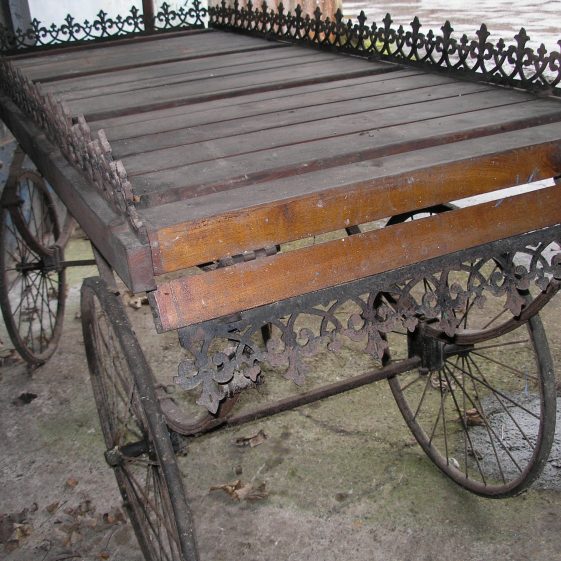 Rear View of the Funeral Bier. The back section is hinged to allow the coffin to be slid on. Rollers in the top assist in sliding the coffin into place
Photo by Tim Gane 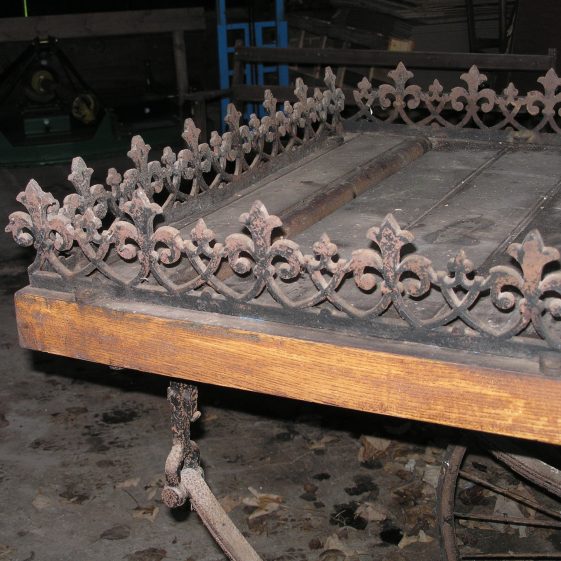 Detail of the cast iron edging around the top of the bier.
Photo by Tim Gane 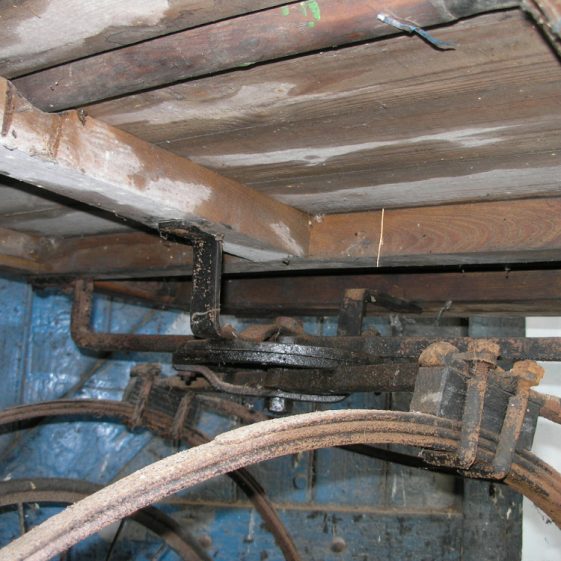 Detail of the underside of the bier
Photo by Tim Gane 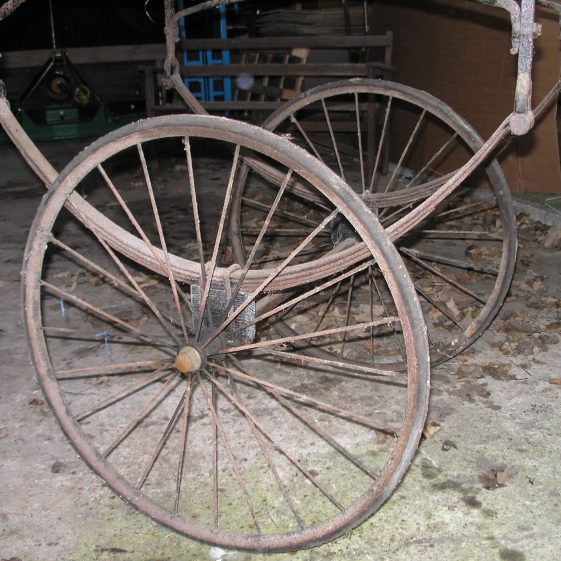 The wheels on the bier. Note the carriage leaf springs.
Photo by Tim Gane 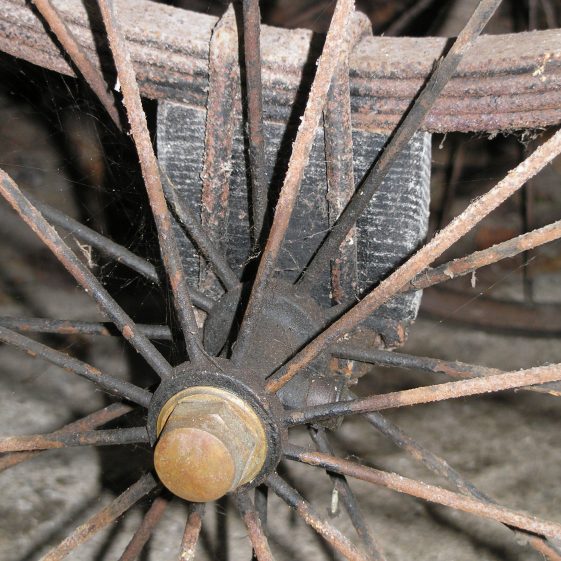 Detail of the funeral bier wheel
Photo by Tim Gane 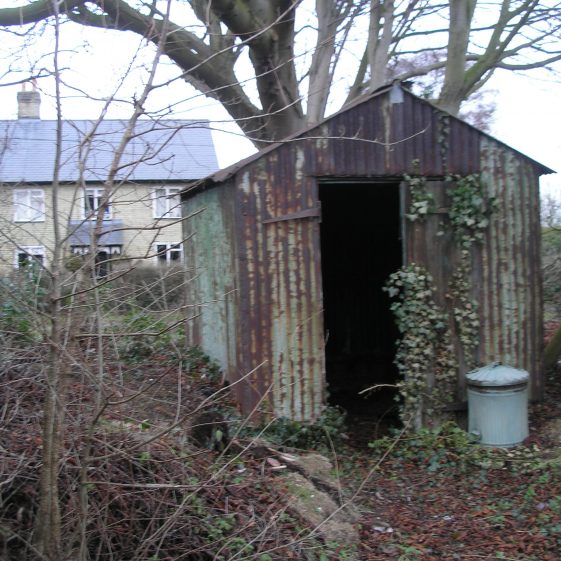 The very dilapidated shed in the Fenny Lane cemetery that used to house the funeral bier. Photo taken in 2010.
Photo by Tim Gane