You are here: HomenextTopicsnextTragediesnextMurder at The GablesnextHow the case was reported in The Times

How the case was reported in The Times 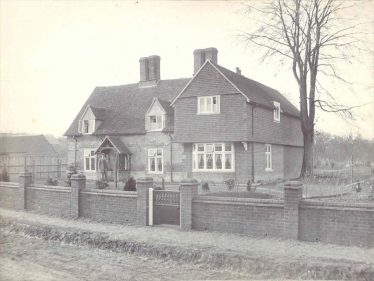 Alleged Matricide By a Boy

At the Melbourn (Cambs.) Petty Sessions yesterday Frank Rodgers, aged 15, was again brought before the magistrates charged with the wilful murder of his mother, Mrs Georgina Rodgers, wife of a London solicitor, by shooting her in the back of the neck with a revolver at their residence, The Gables, Meldreth, on April 12.  Mr F J Williamson prosecuted; Mr F Low KC and Mr Henlo defended.  The prisoner on the night in question told his sister Winifred that he had shot their mother and he thought it was for the best.  He did it for his little sister Queenie’s sake, as she could not be brought up in the life they had lately been living.  This unhappy life, said Winifred, was caused by their mother’s taking to drink.  Some of the evidence taken yesterday went to show that recently the prisoner had been very quiet and irritable, and had suffered from violent headache and bleeding at the nose.  The prisoner was committed fro trial at the ensuing Cambridge Assizes.