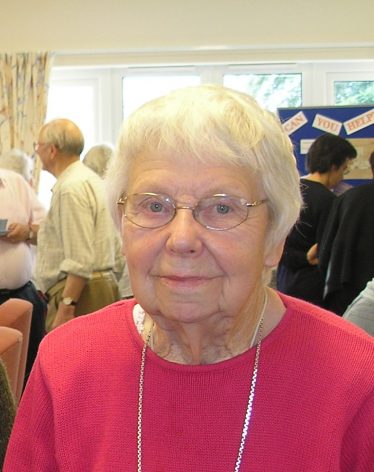 There were over 200,000 Land Army girls enlisted during the war to work on the Home Front. There were 90,000 working at any one time.

The following extracts are taken from an account written by local Land Army girl, Joyce Howard:

I came from Manchester in 1941 to work on a fruit farm in Meldreth. I hadn’t been south until then.

I was met by another Land Army girl I was to share a small cottage attached to the farm. This was in the November not the best time to start working outside.

The trees had all been taken up along Whitecroft Road and Mettle Hill.

There were no houses built during the war.  Howard Road, Flambards, Bell Close, The Grange were all fields. Chiswick End was a few old cottages and farmhouses. All lovely and quiet. People cycled, and walked. We had buses about every two hours. On time always to Royston and Cambridge.

Even if people had a car, petrol was rationed so cars couldn’t be used.  No street lighting. Even if there was, no lights were allowed.

The only noise we had were the planes coming back from raids.

Flying Fortresses from Bassingbourn and fighters from Duxford and Steeple Morden. We used to wave to them as the fighters used to fly quite low and wave back.

I did various jobs on the farm, milked cows, fed the pigs and the hens, helped prune the fruit trees, planted potatoes and hoed the fields. I loved being outside even when the weather was cold. Picked fruit, my favourite job. In my spare time I joined the Red Cross, sang in the church choir and went to socials and dances in the village which were mostly held in the old part of the school. The new bit had not been built.

One thing I loved very much were the wild flowers especially the violets, purple and white, which grew profusely in hedges and ditches. When the war was over in my last year I was picked to represent the Land Army in the Victory Parade, for Cambridgeshire. I was very excited. All the armed forces, fire brigade and air raid wardens were represented.  They marched through London past the King and Queen and various dignitaries including Churchill the PM. I went back to Manchester for a few years and then came back to eventually marry and Meldreth has been my home ever since.