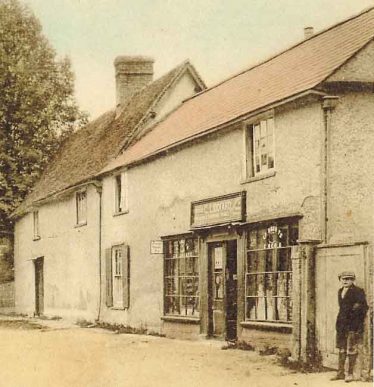 zoom
The shop pictured in the 1930s 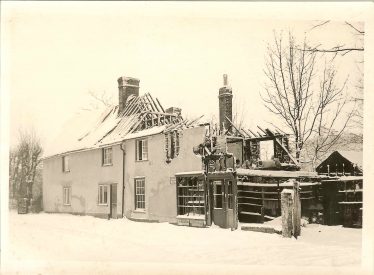 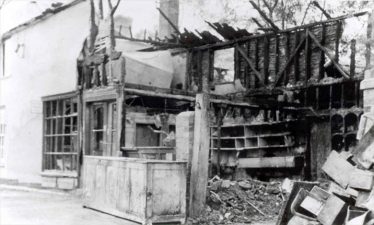 The following report appeared in the Herts and Cambs Reporter and Royston Crow on 15th October, 1954 under the headline, “Disastrous Fire at Meldreth – Village Store Gutted”:

Just after 1am on Wednesday morning, the Royston Fire Brigade received a call to a fire at Meldreth, the village store run by Mr H Leverington.

On arrival the Brigade under Leading-Fireman A Pitt found the whole of the shop a blazing inferno and it was obvious that nothing could be done to save it.

For a time efforts of the Brigade were devoted to saving adjoining property, part of which was Mr Leverington’s house.  In this, they succeeded to some extent.  Most of the furniture was salvaged, but the house was so damaged as to become uninhabitable although buildings at the back of the premises were saved.

Jars of boiling jam and corks popping from bottles did not make the task of the Brigade easier but they did eventually extinguish the fire.

The Royston Fire Brigade were first on the scene and Leading-Fireman Pitt told our representative that the blaze could be clearly seen at the top of Melbourn Hill.  Cambridge and Whittlesford Brigades arrived later.

We understand that all neighbours and villagers rallied round Mr Leverington and assisted in every way possible, as well as expressing sympathy in the unfortunate occurrence.  It is expected that Mr Leverington’s business will soon be operating again.  He has been offered premises almost opposite and The Cambridge Grocers Association are rendering all the help possible.

The Royston Fire Service arrived back in Royston about 5.30am.

Enid Douglas (nee Leverington) wrote this account of the fire in 2007:

The fire in my parents’ shop was in 1954.  The date I think was 13th October.  I remember it vividly.  It happened about 1 o’clock in the morning – my parents being woken by what sounded like boxes being banged about.  On looking out of their bedroom window they saw the end of the building on fire.  I was woken up in great panic and had to cycle to the telephone box opposite Allerton Terrace, in my nightclothes.  The telephone operator told me that the call about the fire had already been made by a lorry driver on Royston Hill, who had seen the blaze.  Very soon the fire engines arrived and luckily we were all safe.

The shop was absolutely devastated, with all of my father’s records being destroyed.  Most of the house was badly damaged by water and was completely uninhabitable.  I also lost most of my 21st Birthday presents, which I had received the previous month.  We were lucky in that the bakery (now the village shop) was empty and the owners offered it to my father to start up his business again and also the house next to the shop was empty and we were offered that also.  Both of these offers we gratefully accepted and we occupied them until my father, mother and myself moved to Cambridge in 1955.