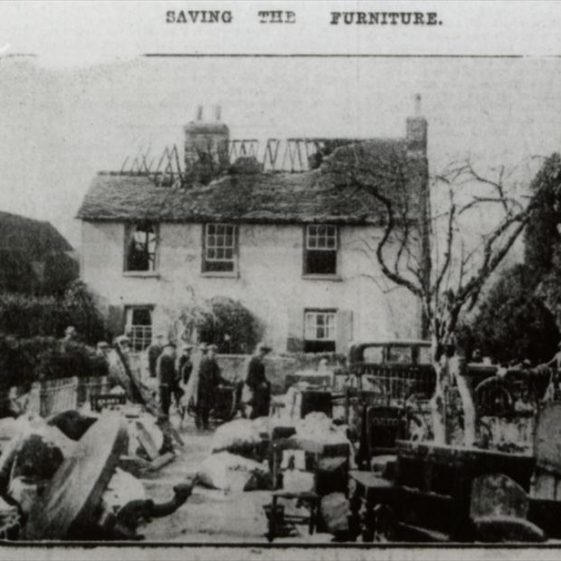 The Old Farmhouse following the fire in March 1929
Cambridgeshire Collection 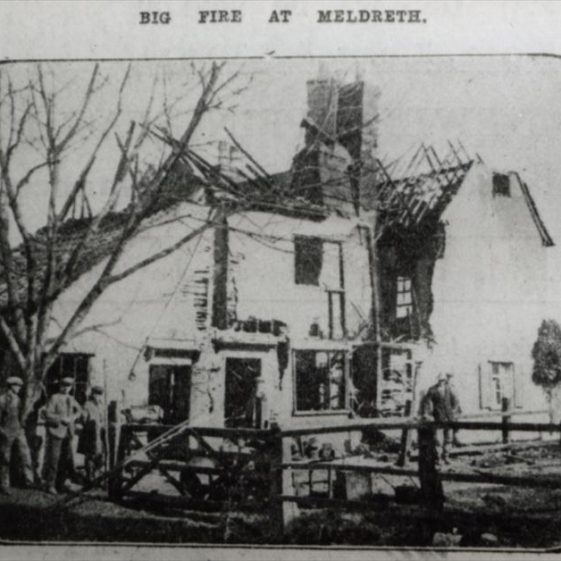 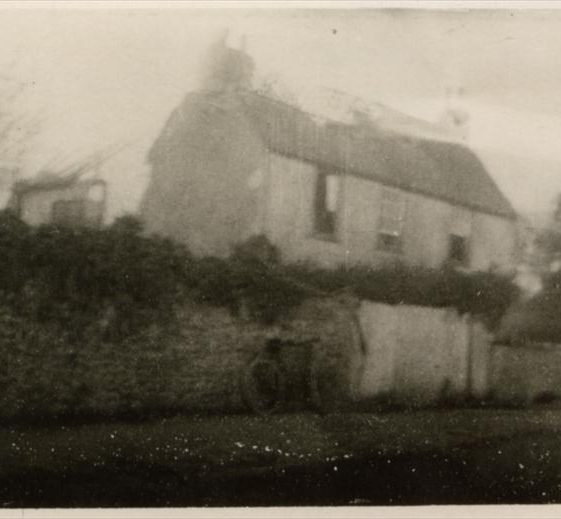 The Old Farmhouse after the fire
Photograph by Fred Handscombe 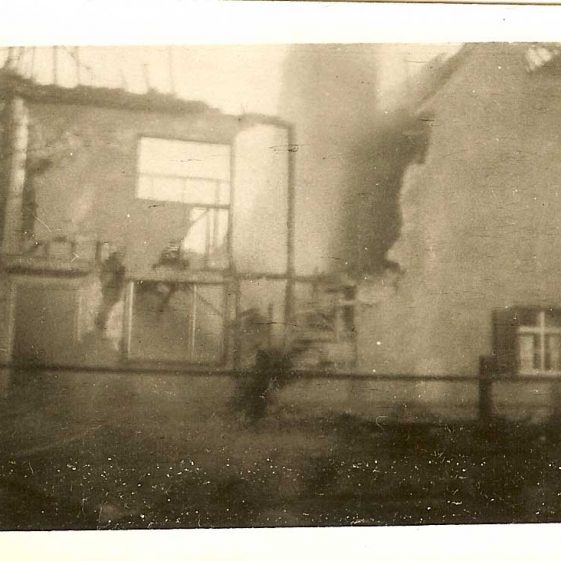 The Old Farmhouse after the fire
Photograph by Fred Handscombe

The following report appeared in the Cambridge Daily News on 15th March 1929:

Meldreth saw the scene of a big blaze in the early hours of Friday morning when the Old Farmhouse was completely burnt out.  Our picture is of the back of the premises where the damage was most noticeable.

The property was situated in the High Street, nearly opposite the Primary School and was owned by Mr. H. Ellis of The Grange.