Numbers 55-57 High Street are located diagonally opposite the British Queen public house and originally comprised one property on the street plus a number of outbuildings.  In the 1920s, the main property was divided into two dwelling houses and a shop.  Number 55 High Street became known as ‘The Limes’ between 1950 and 1955 and is not to be confused with the house on the opposite side of the High Street which was called ‘The Limes’ at least until 1925 and is now known as Longmead!

It is thought that the barn at the rear of the property may have been used as an abattoir at one time.

The building is timber framed, rendered with a tiled roof.  It is grade II listed and dates from the late seventeenth or early eighteenth centuries, with nineteenth and twentieth century extensions.

Information from the Title Deeds

Title deeds for the property exist from 1927.  The information from the deeds which is given below, was kindly provided by Frances and Richard Phillips, current owners (2020) of 55 High Street.

Assent Charles Liddiard to Mabel Margaret Liddiard: “all that messuage (messe and premes) and premises now divided into two dwelling houses, and a shop with barn and other outbuildings and garden”.

The shop was leased by M M Liddiard to H Leverington, Provision Merchant.  The document was witnessed by R Wood ‘The Limes’, Police Constable.  PC Wood lived at no. 55.  This is the first time the name ‘The Limes’ appears in the title deeds.

The lease of the shop was surrendered to M M Liddiard.

Conveyance the Executors of M M Liddiard to F F E Vernon of a “double fronted shop, dwelling houses, coach house and other buildings now known as ‘The Limes'”.

Conveyance F F E Vernon to William Cuthbert Holliday of a “dwelling house and shop”.  (The dwelling house was no. 57).  Mr Holliday called no. 57 “Kilgarran”.

Information on Residents of the Property

The following information has been received from various sources.  Some of the dates overlap and therefore cannot be accurate.  We will update the page as more information becomes available.  If you have any information, please add a comment to this page.

There was a shop in part of the premises for several decades.  There is an image in the gallery below that shows the general stores known as Liddiard’s (in what is now no. 59).  Liddiard’s occupied the premises from 1927 until 1950, when Mr Leverington took over the lease of the shop.  In 1954 a disastrous fire gutted the shop.

In 1955 the lease of the shop was surrendered to Mr Liddiard.  His executors sold the “double fronted shop, dwellling houses, coach house and other buildings” to F F E Vernon who then sold it to William Cuthbert (Bill) Holliday the following year.  The shop did not re-open until 1965, when Mr Holliday rented the shop to Mr Bicheno who also had a shop in Mortlock Street, Melbourn.  Mr Bicheno opened as a greengrocer’s shop.  Subsequently Mrs Tidman ran a hairdressers called Trendy.

The property has since been divided into flats but the wide pavement remains as a lasting memory of the shop.

Please view the picture gallery below to see advertisements for some of the businesses that have occupied no. 59 and for other images of the property. 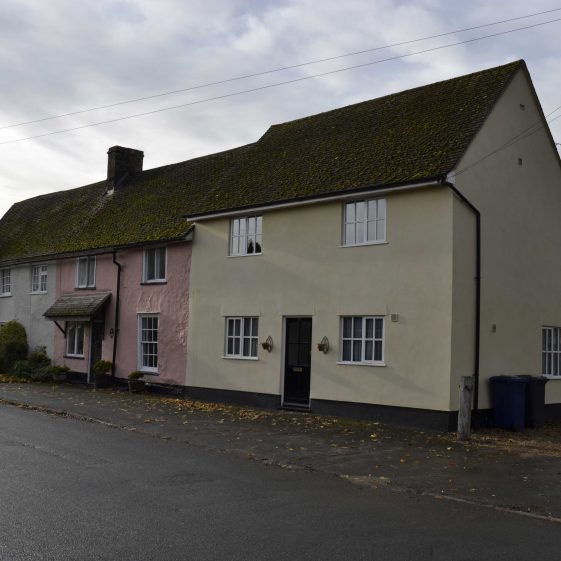 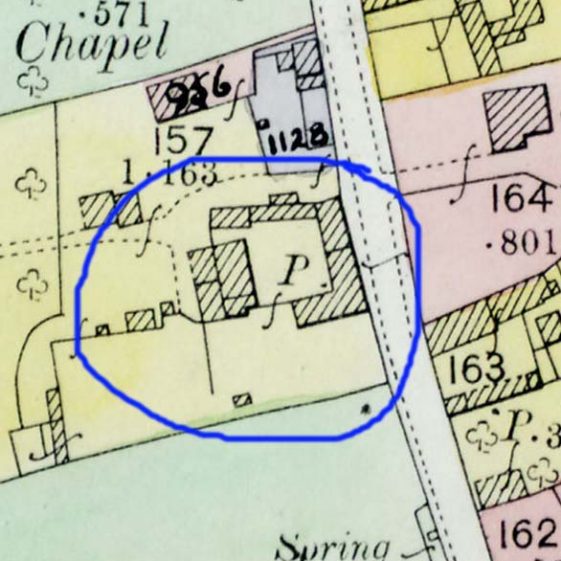 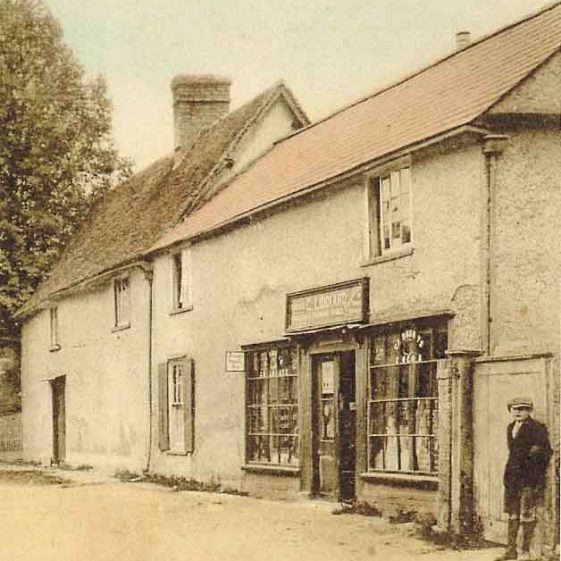 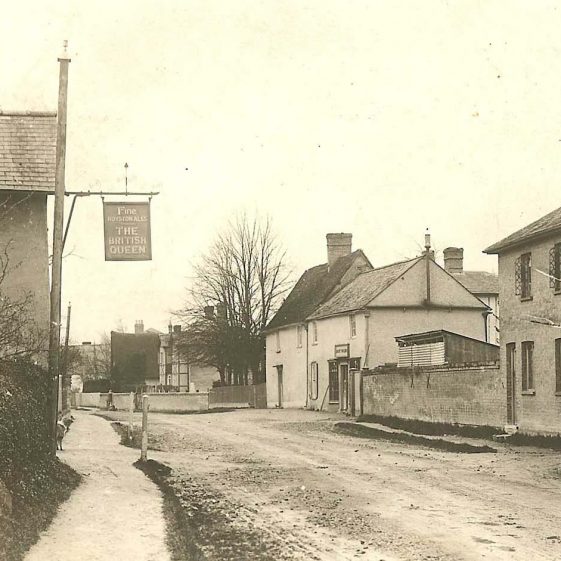 Meldreth High Street. The British Queen is on the left hand side and 55-57 High Street in the middle distance on the right hand side
Robert H Clark postcard supplied by Brian Clarke 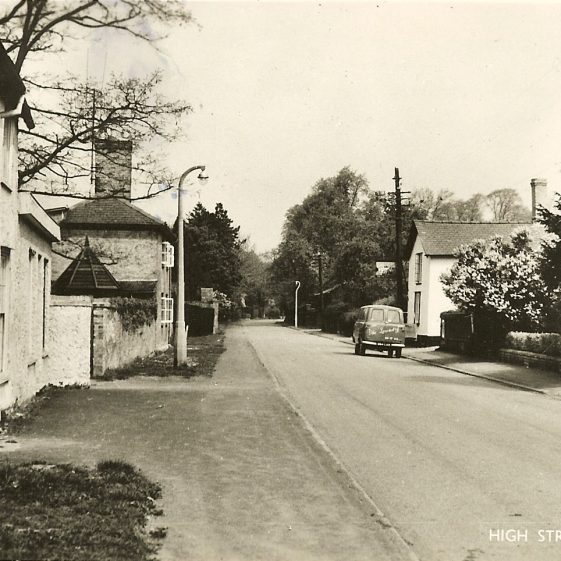 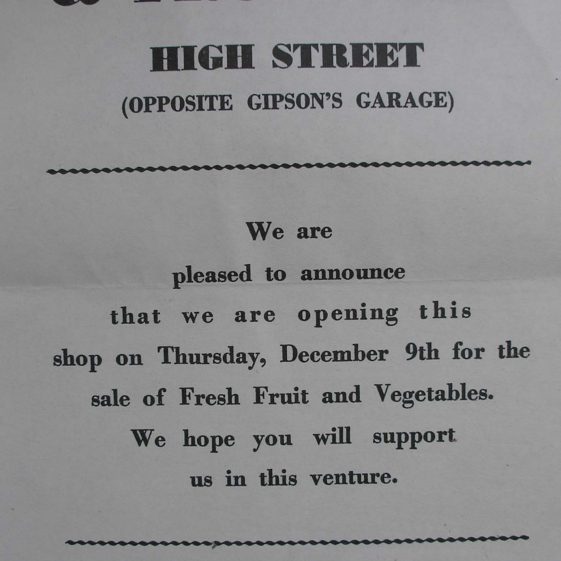 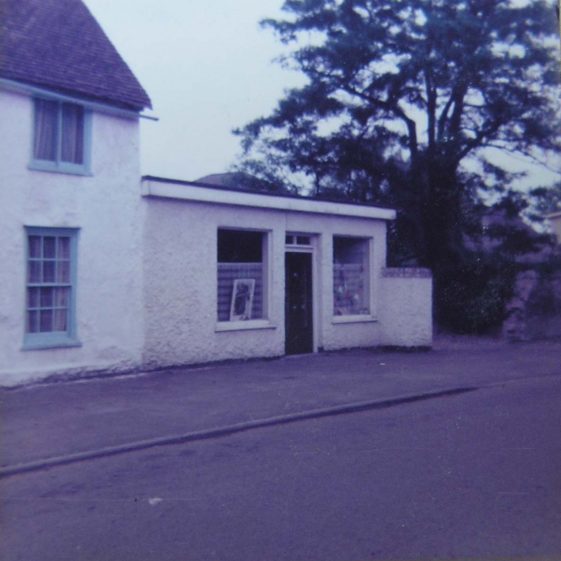 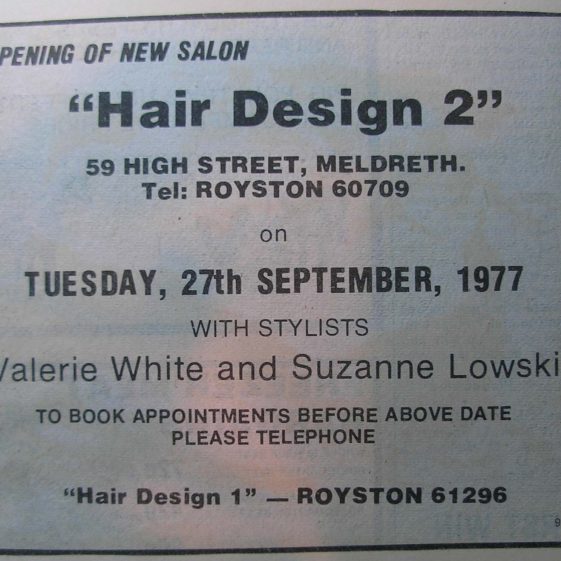