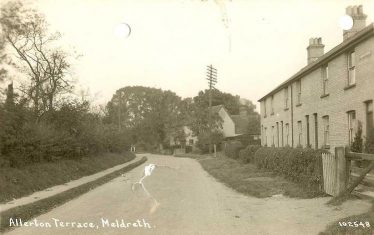 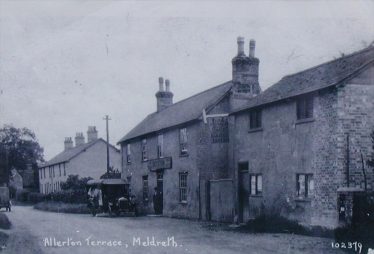 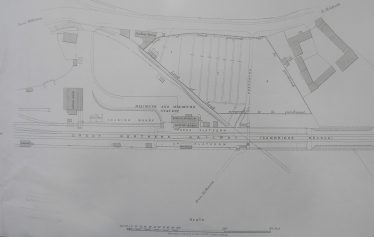 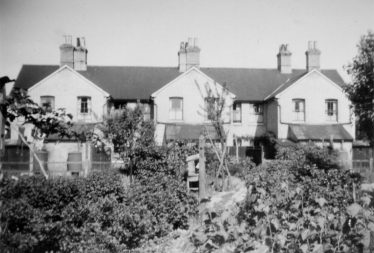 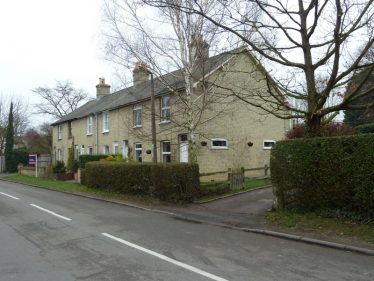 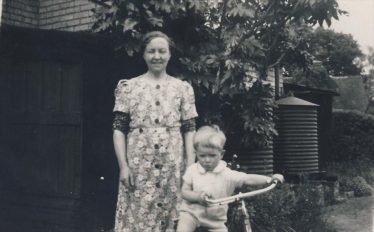 zoom
Young Brian Pepper with Mrs Fincham, who also lived in the terrace, pictured at the rear of Allerton Terrace ~1940
Brian Pepper 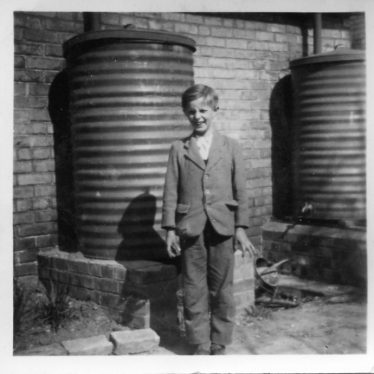 Allerton Terrace consists of a block of six terraced cottages numbered 14 to 24 High Street, Meldreth. The cottages were built in 1904 to house railway workers. Each cottage had a rear extension with a small lean-to toilet and shed on the back of the extension.

The houses are not shown on the 1910 Land Valuation map (LVD), but the name of the terrace has been handwritten onto the map and the return lists six men who occupied cottages in the High Street owned by GNR. These cottages are likely to be those making up Allerton Terrace as all of the occupants listed in the 1910 return were occupying the cottages in the 1911 census, with the exception of Chas Disbrey.

The occupants of the cottages were:

Five of these occupants are listed as living in Allerton Terrace on the 1911 census, and one cottage is unoccupied.

In the census we can see the following occupants in the cottages:

Both Alfred Gray and William Vellum were living in Meldreth in 1901, Gray in Chiswick End and Vellum in the High Street.

History Group member Brian Pepper lived in Allerton Terrace from 1940.  Brian’s father, Leslie Pepper, was in the Home Guard during WWII and we have a page of Brian’s memories of this time elsewhere on the site.

If you know any more about Allerton Terrace we would be interested in hearing from you. Please add a comment at the bottom of the page.