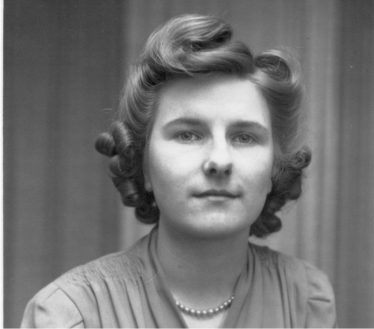 Daphne Pepper remembers her grandfather, William Plumb, who used to live in Donkey Hall (2min 10 sec)
A transcript of the audio clip is at the bottom of this page.

Daphne Pepper tells of her father's family who were born and brought up in Donkey Hall (36 sec)
A transcript of the audio clip is at the bottom of this page.

Keith Jacklin Remembers Donkey Hall and West Way (2min 19 sec)
A transcript of the audio clip is at the bottom of this page. 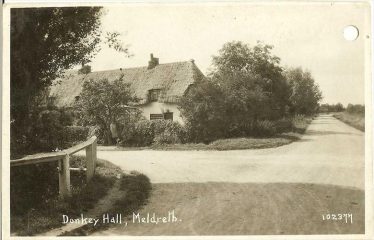 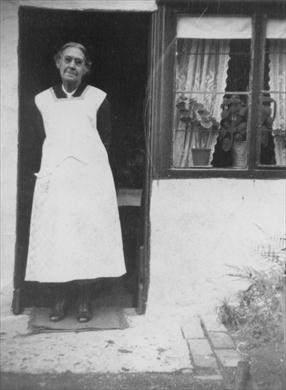 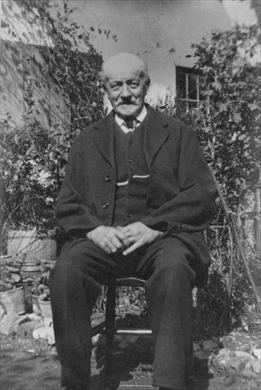 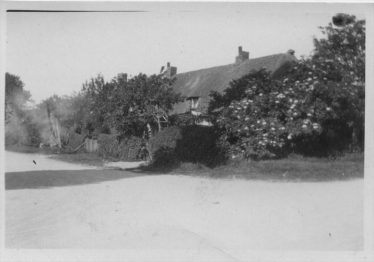 Donkey Hall was the name given to a group of four cottages located near the corner of Kneesworth Road and Whaddon Road. They were clunch built one-up/one-down dwellings. The cottages were pulled down by Charlie Plumb after 1931 when West Way was built as most of the occupants of the cottages moved there.

“Donkey Hall, for which two explanations are offered; one that the corner dwelling was occupied by a man who kept donkeys, the other and more lurid, that the aforesaid householder was wont to yoke his wife with his donkey to draw the plough!” Beatrice Clay

The Thurley and Jacklin families were living at Donkey Hall prior to the cottages being condemned and demolished by Charlie Plumb. “On 16th March 1947, a day of high winds, almost half the trees were blown down. Also blown down that day was the Lombardy poplar at Donkey Hall crossroads.”  Ken Winter

Click on the audio bar at the top of the page to hear Daphne talking about her grandfather.

Now my grandfather, I do remember him quite well.  I can’t remember what year he died but he lived in one of those cottages on the corner of Donkey Hall.  There was a row of cottages, there were four actually and they lived in the second one from Whaddon Road side and an aunt of mine lived with him. His name was William Plumb and he was a carpenter in Meldreth.  He used to do signs I think he was a really marvellous carpenter.  I’ll tell you where he did do a really lovely sign, you know there used to be a grocery shop in the High Street, Leveringtons had it, you remember that?  Well he made a lovely sign for that shop, I don’t know what happened to it and he also made the gates at the cemetery in Fenny Lane.  I mean those gates there are the original ones that he made. He was self-employed and as far as I can remember he didn’t employ anyone and was on his own. And he used to make signs and carpentry. You know that barn that stands there now, that big black barn that stands where the cottages used to be, well he made that. I don’t know how old he is in the photograph, he was quite old. There was a big family of them and my father was the youngest and I think you know they were getting on before he was born even and I always remember him like that but I can’t remember when he died, my grandmother I can.  I can soon find out because of the cemetery, the dates in the cemetery.  It will be in the thirties I’m sure. I don’t think he was alive when the War started.

Click on the audio bar at the top of the page to hear Daphne talking about her father’s family.

There was a big family of my father. There were three boys and I don’t know how many girls, several I suppose, there must have been about seven of them altogether.  There was my dad who was the youngest and then there was Ted and Walt and Min and Lydia and Liza, oh dear and Kit, yes that’s seven, that’s about it I should think. But I mean, the girls all married and went away you know, none of them were local.

There were four cottages on the corner of Whaddon Road and Kneesworth Road, The first one nearest to the Whaddon Road was my grandmother and grandfather who brought up ten children there, one room up and one room down and a little lean-to at the back.  The way they worked it was as soon as ever the girls were old enough to leave school they were put out into service.  Fortunately in that way, they had more girls than they did boys so that kept the numbers down a bit. The youngest boy, Alf, I can remember a long time him sleeping in a lean-to at the back of the house that somebody had built.  When they built the Council houses (in West Way), three of the people who lived in these cottages, which was my grandmother and them and then a Mr William Plumb and then the woman that owned it, a Miss Sell, she owned it and she also owned a donkey which I think was the reason they called it Donkey Hall, and then there was Mr and Mrs William or Bill Thurley as we know them.  Now, as soon as those six houses were built up there, the Thurleys and the Plumbs and my grandmother and them moved up there. The cottages were so old they wouldn’t consider having them repaired; they had to come down straight away as soon as the people moved out.  Well I say they had to, Mr Plumb down the end, Norman Plumb he bought the land with the houses on it and I think he had them dismantled with the hope that he was going to build a house there for himself and his wife but they refused him planning permission.(Transcription by Gloria Willers)