You are here: HomenextPeoplenextObituariesnextBrian Pepper (1938-2019) 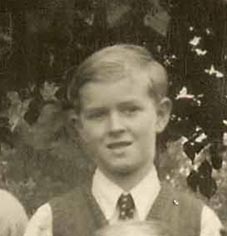 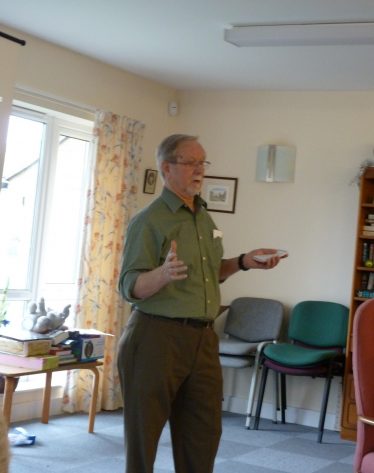 zoom
Brian at a History Group coffee morning in 2012

This obituary first appeared in the November 2019 issue of Meldreth Matters, having been adapted from the eulogy given by Roger Pepper, Brian’s brother, at Brian’s funeral service on Wednesday 2nd October.

Brian Leslie Albert Pepper was born on 2nd November 1938 in his granny’s house in Melbourn. The family moved to Allerton Terrace in Meldreth in 1940. He went to Meldreth Primary School in 1944 where he was happy as a young school boy. They used chalk and slate for a short time while he was there.  He received a prize for scripture at the end of his time at Meldreth Primary but apparently the high point of his early school days was being able to spell “Mississippi”.

He spent many happy hours watching the troop trains pass through Meldreth Station during the Second World War where he would be given sweets by the American soldiers stopping off to go the hospital at Wimpole. He would often return covered in soot from being engulfed in smoke from the steam trains.

During his childhood one of his favourite pets was a wild pigeon called “Pepper” that he tamed and which followed him around. We think he used to sneak it into the house.

I was born in 1945, when Brian was seven. The reason I was called Roger was that Brian was told he could give a name to his little brother and as he had a friend called Roger that was the name he gave me!

Upon leaving Meldreth Primary he went to Melbourn school and finally left school at the age of fifteen, gaining a job at Chamberlain’s flour mill in Meldreth.

Aged 18, he went to Barbara Leader’s School of Dance with his best friend Peter Oakman where he met his future wife Cynthia.  Whilst he was courting her, he would rush home from work each night to get ready to cycle to Royston. My task as a younger brother was to do all I could to harass him – which ended in many an argument!

Brian then joined the Air Force for four years, which he enjoyed. Although he originally joined to work on radios and electronics, he ended up working on a Bloodhound missile battery in Grimsby. Coming home as often as he could to visit Cyn, he would keenly cycle from Meldreth to Royston arriving covered in sweat. Going back to barracks on a Sunday night he would thumb lifts all the way back up to Grimsby. I still remember his RAF number – 4197039 – which he couldn’t!

On his 21st birthday he got engaged to Cyn and they married on 28th October 1961 at Royston Congregational Church, after he demobbed from the Air Force. After leaving the RAF, he worked for British Railways for a year, driving a lorry and then moved to Pye Ling a Royston Electronics factory.  He enjoyed building radios and amplifiers in his spare time. Brian and Cyn became parents in 1966 when Kevin was born.

Brian joined ICL at around the same time, working on early mainframe computers. Whilst working at ICL, he joined the Union, attending a number of courses which greatly improved his confidence and education. This was in the days when unions believed all workers should be educated. He rose to be Union Secretary.

He worked at ICL for some 25 years until it closed in about 1990. He then worked as a maintenance man at St Catherine’s College, Cambridge for a while before moving to the Holiday Inn, Cambridge where he worked until he was made redundant. Brian then went on to work at Glaxo in Stevenage, staying there for nine years until he retired.

He was thrilled in 1991, when his son Kevin married Louise, a New Zealander. In 1998, he became a proud grandfather when Aimee was born and again in 2000 when Josh was born. He had a special affinity with children, who would gravitate to him, including our granddaughter Olivia.

In 2000 when Kevin and Louise moved to New Zealand, Brian and Cyn took over care of their dog Sacha, who they adored. In 2004, they visited New Zealand with their niece Hannah, which was one of the most enjoyable highlights of his life. In 2005, Kevin, Louise and family returned to England, much to his joy and they have remained a close-knit family.

He was a member of the Labour Party all his life and used to help in Royston at election times.

He joined the Royston Bowls Club in the 1970s and was at one time Assistant Secretary and also Club Secretary. For a number of years he wrote weekly newspaper articles detailing all the latest club competitions and games, which was greatly appreciated by bowlers and non-bowlers alike. He was always proud to be chosen to represent his club in any competition and over the years gained many trophies. He was still enjoying playing whenever he could.

He has always had a very keen interest in wildlife, nature and planet earth, about which he became deeply concerned in recent years. His most passionate past time was feeding the wild birds in his garden, some of which he had tamed so that they would descend on him as soon as he left the house and demand to be fed from his hand.

He had many interests including family history, astronomy, photography, writing and poetry. He was an excellent artist and could mend virtually anything.

Later in life, he joined Meldreth History Group, where he made many friends and enjoyed various group outings. Several articles he wrote can be found on the Group’s website.

He could always be depended on to help out family and friends and was well known for his quirky sense of humour.

I end on a personal note. Although we didn’t see each other that often we would sometimes talk on the telephone until the battery was nearly flat. A couple of days after Brian passed away, I was channel hopping as men do and caught the end of a programme about the Hollies. It reminded me of one of their songs and I finish with its title: “He ain’t heavy, he’s my brother”.

Brian kindly wrote several articles for this website on his memories of Meldreth: