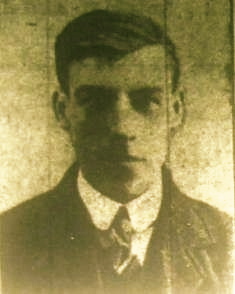 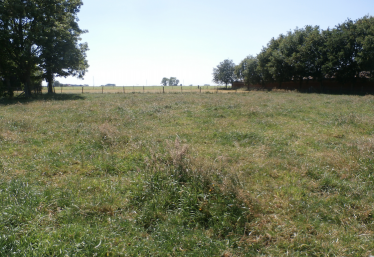 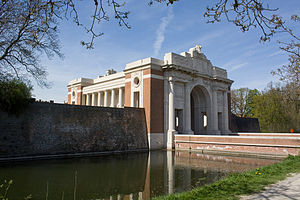 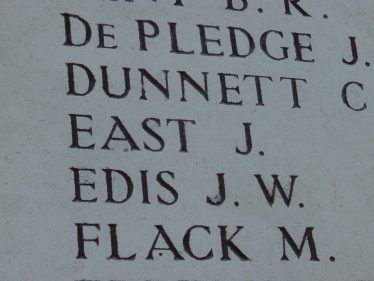 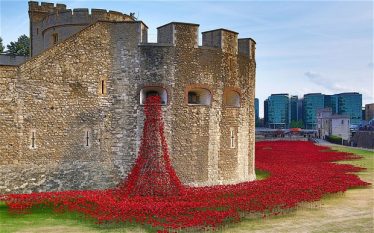 zoom
Poppies to commemorate the fallen in World War One, Tower of London, 2014
Daily Telegraph Newspapers

Jabez East was born around 1892 in Meldreth, the second son of Thomas East from Whaddon and Elizabeth Ann (nee Pateman) East of Melbourn. In 1901 Jabez’s father, Thomas, worked at the Atlas cement factory and the family lived in North End, Meldreth. The East’s eldest son, Alfred Thomas, (born in Whaddon), was a 13 year old kitchen boy; the younger children, Jabez, Frank and Emily G  (all born in Meldreth) were below working age. After leaving school, Jabez worked for Mr C W Farnham, a Meldreth corn merchant. He married Elsie Jackson on 10th April 1916 at Holy Trinity Church and their daughter, Elsie Kathleen, was born later that year, on 4th November. Elsie was baptised in the Church on 9th March 1917.

In April 1916 Jabez enlisted as Private 6658 (later 327522) in the Cambridgeshire Regiment at Cambridge and joined the 1/1st battalion being sent to Tring in Buckinghamshire for training. His battalion was stationed at Cambridge as part of the East Midlands brigade of the East Anglian Division. It had been mobilised for war in February 1915, landing at Le Havre and joining the 82nd brigade of the 27th Division. Jabez left for France in July 1916 and was posted to the Western Front. That year his battalion saw action in an attack near Richebourg l’Avoue and was involved in the Battles of Thiepval Ridge and Ancre Heights. But by October 1916, Jabez had returned home suffering from septic poisoning to his face. After a period of treatment in Scotland and ten days recuperation at home (during which time his daughter, Elsie Kathleen was baptised) he was sent back to France again on 14th March 1917, in time for the Battle of Arras.

Private Jabez East was 24 years old when the third Battle of Ypres began on 31st July. This battle, according to the Commonwealth War Graves Commission, was an offensive mounted by Commonwealth forces to divert German attention from a weakened French front further south. The initial attempt in June to dislodge the Germans from the Messines Ridge was a complete success, but the main assault north-eastward, which began at the end of July, quickly became a dogged struggle against determined opposition and the rapidly deteriorating weather.

According to an account in the Cambridgeshire Regimental Record by Brigadier General E. Riddell and Colonel M.C. Clayton, published in February 1934, heavy rain had fallen on the two previous days and the attack was almost cancelled. Fighting began at 3.30 a.m. and Jabez’s Division – the 39th – advanced in the second wave of the British assault. After an initially straightforward start to the attack, they found themselves in an increasingly difficult battle. Having advanced past the first line of German trenches, they moved out of range of supporting British artillery and advanced onto the unbroken barbed wire defences.

In ‘no man’s land’ they were very exposed to the defensive artillery barrage and concentrated machine gun fire as they tried to force a way through the wire. In a letter to his wife, a Lieutenant of his Company wrote that Jabez East was killed by a bursting shell at about 10.00a.m. on 31st July, adding that he was much liked, and most willing and ready to do his duty.

His body was not recovered and he is remembered on the Ypres Menin Gate Memorial to the Missing, panel 50 and 52. The site was chosen because of the hundreds of thousands of men who passed through the Gate on their way to the battlefields.

He is also remembered both on the Meldreth War Memorial and the one in St. Mark’s Church, Cambridge. His widow subsequently re-married and became Elsie Whitehall.

Jabez East’s name was included on the Roll of Honour and was one of 180 names read from the poppy-filled Tower of London moat during a ceremony at sunset on 10th September 2014, as part of the Tower of London Remembers project to commemorate each of those who died in the Great War.