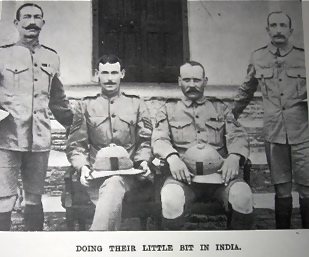 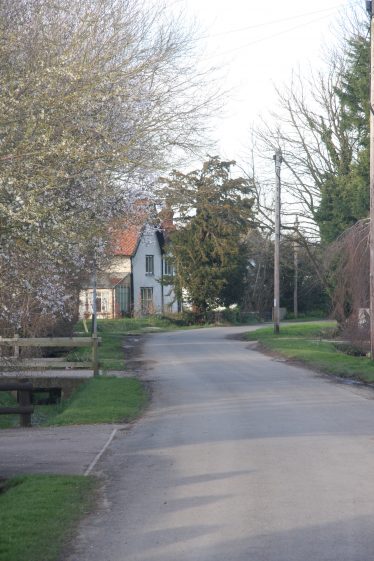 Joseph served for eight years in the Royal Sussex Regiment and four years on the Reserve.

Two months after the outbreak of the Great War (July 1914) he joined the Rifle Brigade and, by then holding the rank of Sergeant, he was sent out to India on January 11th 1916.

He is pictured above, the left of the two seated figures.

In a letter to the Herts and Cambs Reporter  the four servicemen in the photograph, one another local man from Royston, said that they were “happy in the knowledge that although parted from their wives and families they are doing their little bit to help Britain win this war.”

Before the War Joseph was employed at the East Anglian Cement Works at Shepreth. It seems that he returned to work there after the war as the same newspaper carried a report (in 1933) under the heading “Sad Fatality at Shepreth Cement Works” of the death, at the age of 55, of a Mr Joseph Frank Thompson, in an industrial accident at the Shepreth works where it was said that he had worked for a number of years. The inquest recorded a verdict of “death by misadventure”. At the time of his death he was living in Melbourn and was described as a “married man with a grown up family, excepting one son, who is still of school age.” This was the Thompson’s youngest son, William, born after the war in 1920.