Residents of Meldreth participated in all phases of the war. Company Service Major Spot Chamberlain, Guardsman John Fuller and Bombardier Nelson Fielding were all serving in the army before the war and formed part of the “Old Contemptibles”. This was a title adopted by the soldiers in the British Expeditionary Force who fought in the early battles in 1914.  In his Order of the Day on 19th August 1914 the German Kaiser Wilhelm 11 referred to General French’s British army as “a contemptible little army”. This “contemptible little army” held the Germans at bay during the crucial early period of the war, defending the area around Mons and the famous last stand at Le Cateau in August 1914. Later they successfully held the line around Ypres.

The following men died during the First World War and are commemorated on the War Memorial, which is situated at the junction of Station Road, Whitecroft Road and High Street. Where they are available, we have included photographs of these men in the gallery below.

Spot Chamberlain lived in Shepreth where his grandfather had been the publican of The Halfway House. He first arrived in France in 1914.  In April 1915 he served alongside Ernest Abrey around Hill 60. He was gassed in May 1915. In 1916, although he had come to the end of his service, he rejoined and was involved in the Battle of the Somme. He wrote home in 1916 that he had ‘gone through the whole campaign without a scratch’, despite having been gassed the previous year. He was wounded by falling masonry and was wounded again in April 1917.  He was killed on Thursday, 25th October 1917, aged 31, as he tried to help wounded comrades on the open battlefield. His Company Commander wrote how to his widow how he was “always cool and a man to be relied on in times of danger” adding “I cannot speak too highly of his conduct as a soldier”.

Nelson Fielding joined the army in 1913 and became a bombardier. He was born in Norwich in 1895.  His parents lived at the Mill, Meldreth.  He died on 2nd March 1915 in Aire, France.

Albert Negus was one of the first civilians to patriotically join up in 1915 in Melbourn to replace the large losses in the professional army in the early months of the war.  He was posted into the Suffolk regiment but was killed in 1915 in the battle in Belgium when gas was first used by the Germans.

Ernest Abrey was also an early civilian recruit, enlisting in Royston (returning from Kensington, Middlesex) and joining the Bedfordshire regiment.  In early 1915, Ernest was wounded but a few weeks later he was back in the trenches. He was killed on 6th May 1915 in the brutal battle for Hill 60, south of Ypres.

The battle of the Somme in 1916 claimed many British lives (57,000 casualties), including Reuben Dash on the first day. He came from a large family of nine siblings who lived on the High Street, Meldreth, his father being a cement worker. He had enlisted in Cambridge and served in the Suffolk regiment. On the anniversary of his death his parents placed an ‘In Memoriam’ poem in their local paper (dated 6th July 1917):

“In health and strength he left his home,
Not thinking death so near.
It pleased the Lord to bid him come
And in his sight appear.
A sudden change, at God’s command he fell,
He had no time to bid his friends farewell.
Death came without a warning given,
We hope at last to meet in Heaven
From his loving Mother, Father and Friend“.

Wilfred Harrup was born in Meldreth around 1896, the son of Charles and Isabella Harrup. In 1901 the family lived in Whitecroft Road but had moved to Fieldgate House, Meldreth by the time war broke out.

Wilfred enlisted in Bury St. Edmunds on the 25th April 1916 and joined the Queen’s (royal West Surrey) Regiment.  Wilfred went home for a short leave in August but returned to France later that month. He was killed in action within two months of his arrival, on Thursday 26th October 1916, aged 20.

Ernest Pepper was the seventh son of Samuel Pepper from Whitecroft Road in Meldreth.  He was born on 5th January 1895 and was a brother to Samuel, who is detailed below. Samuel (senior) was born on 15th September 1855 and was an agricultural labourer/fruit grower.  He and his wife, Fanny (who was born on 19th November 1854) had twelve children; Walter, Arthur, Albert, Ada, Thomas, Susan, Daisy, Joseph and Sarah E, Edward, Ernest and Samuel.

After education at the County Cambridge School, Ernest went to work in the clerical department of Swifts American Meat Combine in London.

Ernest enlisted at London in October 1914 and was posted to Egypt in December 1915, arriving there in January 1916. After just a month in Cairo he became ill and his parents received a telegram on the 8th February 1916, warning them that he was dangerously ill.

Sadly, he died from diphtheria the day before their telegram arrived, on Monday 7th February 1916 at Cairo Hospital. He lies in grave D. 300 of the Cairo War Cemetery.

(Samuel) Mark Pepper was born in 1897.  Before the war he worked for his father.

In June 1916 he became old enough to serve in the army. Within two months, he was to fall in battle. On the opening day of the Battle of the Somme, the 1st July 1916, his Division had attacked Serre with disastrous results.  In the last gasp of the battle some four and a half months later, they were to do the same, with similar results. Although units to their south successfully stormed the German lines, Mark’s Division were held up and mauled badly, failing to make it into the heavily fortified village. He was wounded on the 14th November 1916 and died from his wounds in the 3rd or 4th Casualty Clearing Station the following day, aged just 19.

Jabez East was born around 1892 and lived in North End, Meldreth.  His father worked at the Atlas cement factory. He was working for a local corn merchant when he enlisted at Cambridge in April 1916. He was in France in July, returned to England in October with a septic infection, but returned to France in March 1917 and was killed in the third battle of Ypres on the 31st July 1917.  He left a widow and a young baby.

Henry Flack died in the later half of the war on Tuesday 26th March 1918 resisting the German Spring offensive on the banks of the Somme. He was born in 1888 in Meldreth and lived in North End.  However when he enlisted he was living in Cuxton in Kent and enlisted at Purfleet, Essex

Ralph Farnham was the last soldier from Meldreth to die in the war, just before the armistice.  He was born in 1888 and lived in the High Street, Meldreth.  His father also worked at the local cement factory.  He had graduated from the University of London with a BA and had become a schoolmaster in Tottenham. He was a competent athlete and joined the University of London Officer Training Corps in 1914.  His first assignment was to Gallipoli as a second lieutenant and then served defending the Suez Canal.  In March 1917 he was on the Western Front, where he suffered septic poisoning.  He returned to the front in 1918 and was wounded on October 14th and died on October 31st near Ypres, tragically close to the end of the war.  He left a young wife and a daughter, who had been born the summer of 1918 and whom he never saw.

Steven Fuller, who has provided assistance to the Meldreth Local History Group, has carried out extensive research on those who died in the First World War.  More information and pictures can be found on his website.  Steve can be contacted by email. 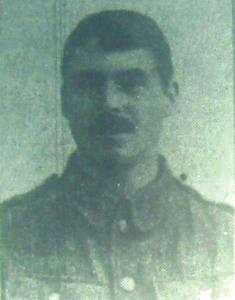 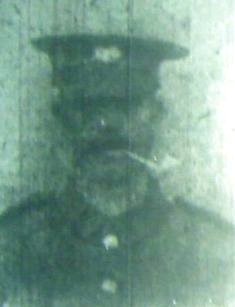 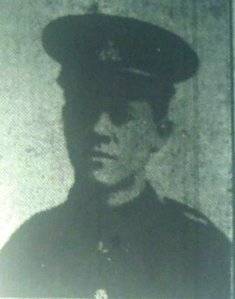 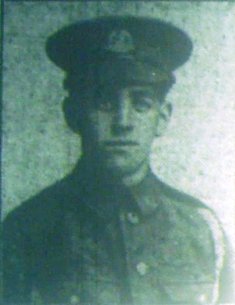 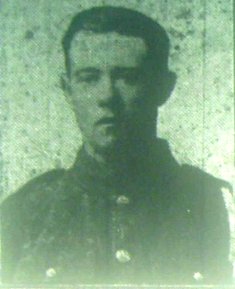 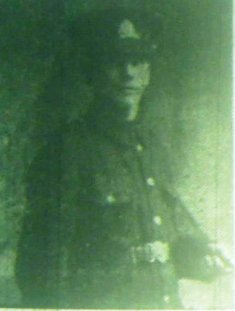 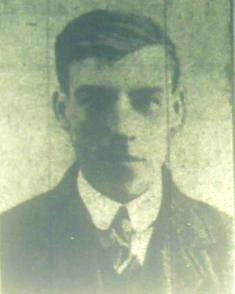