You are here: HomenextTopicsnextWartimenextWorld War OnenextMeldreth at the Outbreak of the Great War

Meldreth at the Outbreak of the Great War 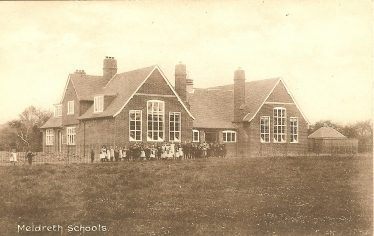 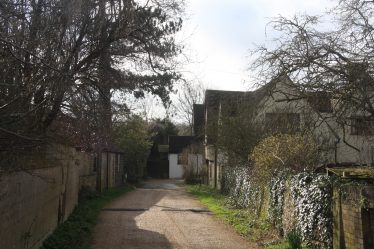 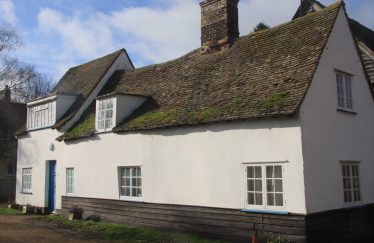 In January 1914 the Herts and Cambs Reporter published an account of a “very enjoyable evening at the Brewery Lane Farm, Meldreth, when Mr and Mrs Pepper provided a substantial supper, consisting of ham and chicken, mutton, plum pudding and mince pies. Coffee, cocoa and dessert were also provided. The number invited was 21, these being the employees and pickers employed by Mr Samuel Pepper. Mr George Waldock added greatly to the enjoyment of the evening by giving selections on his gramophone. Dancing was also heartily indulged in. The happy evening was brought to a close about 12 o’clock, when Mrs Pepper presented each with a packet of tea. Many thanks are due to Mr and Mrs Pepper for their kindly act which was much appreciated.”

100 years ago, when this report appeared, Meldreth had a population in the region of 600 people with the majority of the adult working population, like the ones who enjoyed the Peppers’ hospitality, employed as farm workers. Wheat, barley, peas and beans were some of the main crops but fruit growing had become increasingly important from the mid-nineteenth century onwards and by 1905 the village was surrounded by over 200 acres of plum and apple orchards.

By July 1914, as the First World War Broke out, reports began to appear of the impact on food prices and how these might be felt by local people. An article in the Herts and Cambs Reporter and Royston Crow of 7th August 1914 recorded that “provisions in Royston have naturally been increased in price but not to the extent which is reported in some places”. It added, reproachfully, that “the grocers and provision dealers in the town have been working until past midnight this week coping to some extent with the foolish rush of many people to lay in large stocks”. Though the manager of the London Central Meat Company had received orders to advance the price of all meat by two pence in the pound, there was equal concern about “notices from the Grimsby Fish Merchants… that within the next few days the fish supply will be practically at a standstill.” The same article noted that there would great difficulty over the supply of sugar which came in the main from Russia, France and Germany. If there was good news for the people of Meldreth it was that local prices were still below the maximum ones recommended by the Government.

The cost of living became an issue for another reason, too. On the 11th September that year the same paper reported that “many eligible and willing men are deterred from joining the colours by ignorance of the financial arrangements made for the support of those dependent on them while they are away.” To meet this difficulty a circular was issued which set out that the weekly income of a soldier’s wife shall be not less than 12 shillings and sixpence if she has no children, rising to 20 shillings if she has three or more. The new arrangements made by the Soldiers’ and Sailors’ Families Association were to apply to all members of Lord Kitchener’s new Army.

Meldreth’s own school, for 120 children including 40 infants, had opened just four years earlier in 1910 but despite that advance there was enough concern about local housing conditions in both Meldreth and Melbourn at the outbreak of war for a public inquiry to be held. However, the local Meldreth vicar, Rev. Percy Harvey, was troubled by other things. In a letter to the Reporter’s Editor of June 17th 1914 he declined to comment on the “Housing Question” suggesting that “the first and paramount necessity so far as Meldreth is concerned is the provision of a place for the burial of the dead. If land suitable can be acquired for the building of cottages with a garden attached, surely land may be obtained for a Cemetery.”  (Meldreth churchyard was closed in 1907 and it was some years before a new burial ground was found; the first burial in the new cemetery in Fenny Lane did not take place until 1922.)

In the same month Mr Hubert Ellis, Captain and Hon Sec of the Melbourn and Meldreth Cricket Club, also had a letter to the Editor of the Reporter published. It carried a complaint of a very different kind. He was unhappy that the umpires in a match against Haslingfield on a “very wet day” did not start the match until 3.45 pm and then pulled the stumps up at five o’clock (“it being no worse than when we started”). The Haslingfield team had not completed its innings and Melbourn and Meldreth hadn’t batted at all. A request to replay the match on another day was refused at which point Melbourn and Meldreth CC declined to take any further interest in Cup matches. According to Mr Ellis they were still prepared “to play in a friendly way….and with the same team as if it was a Cup match, but we do not intend to have the League umpires or pay them – we shall bring our own.”

By 9th October the real impact of war was brought home to Meldreth people by a report that a local man, Private TG Harland, an Army Reservist, serving in the Worcester Regiment, had received serious wounds while engaged in hostilities at the battle of Mons. The Reporter told how he had been brought to England and was at present under treatment at Trinity College Temporary Hospital, Cambridge. “Upon enquiry we learn that he has been shot in both legs, the wound in the left leg being of a very serious nature. The last news to be heard of his condition was favourable, which we hope will continue.” Private Harland had given what was described as a “thrilling incident of how, after being wounded, he was literally stripped of all his clothing by the enemy, who afterwards threw back his tunic and watch. With these he managed to crawl about seven yards under great difficulty out of the firing range.”

As the Great War took its long and brutal course up to 40 young men from Meldreth served in the armed forces. While they fought – and in some cases were killed – on the battlefields of France, and Belgium, other people from the village lived on into ripe old age. As 1914 drew towards its close, Harriet Kerry, formerly housekeeper at Meldreth Vicarage, died at the age of 93. She “passed quietly away in full possession of her faculties to the last …and leaves a brother who will, if he lives, be 100 next May.”