You are here: HomenextTopicsnextLaw and OrdernextAnother Attempt at Horse Stealing

Another Attempt at Horse Stealing 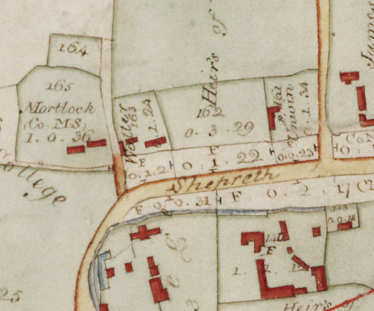 zoom
Probable location of Charles Mortlock Waller's Farm, North End
Section taken from Map of the Parish of Meldreth, 1820, at the time of Inclosure 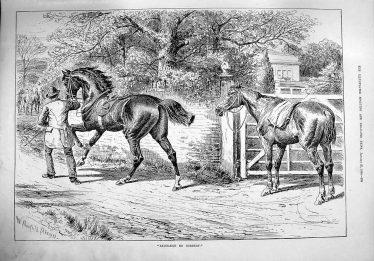 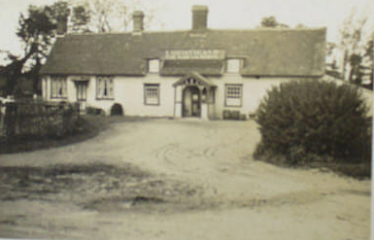 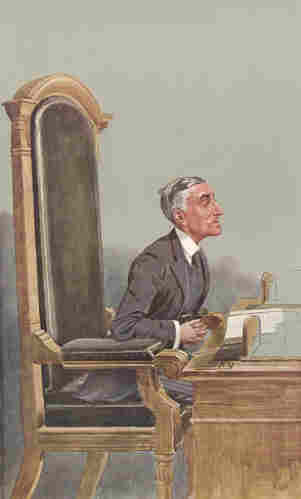 The Royston Crow of 3rd May 1878 carried a report under the heading ‘Another Attempt at Horse Stealing’. An account of a previous attempt to steal the same horse from Mr Charles Mortlock Waller’s farm in Meldreth (‘Desperate Struggle with and Capture of a Horse Stealer’) appears elsewhere on this website:

‘Our readers will remember that some time ago two men were caught in the act of taking off a valuable nag from the stable of Mr. Charles Waller, of Meldreth and that, thanks to the courage of Mr. Waller, one giving the name of John Morris, of Liverpool, was captured on the spot and is now lodged in the County Gaol, at Chesterton, to await his trial for the offence (note: since sentenced to ten years penal servitude with seven years police supervision). The other escaped and nothing was heard of him unless the stealing of a valuable horse and trap from Mr. Downham’s of Barley was his work.

On Monday night last, about nine o’clock, another desperate attempt was made to take the same horse. One of  Mr. Waller’s men had occasion to go to see Mr. Waller at his house, when he saw a man standing against the kitchen window, he (Mr. Waller) remarked that he supposed it was someone come after his horse again. Mr.Waller and the man then went out to look, the former taking a pistol with him. On gaining the road outside of the yard he saw a horse and cart with one man in it, and asked the man what he meant. The man declined any explanation and at once drove off, and the other man who had been under the kitchen window just then made his exit from the farm yard and ran after the man with the horse and cart, followed by Mr. Waller’s pistol shot. Both men, however escaped.

Sergeant Redhouse, of Melbourn, and Sergeant Hummerstone of Royston were soon in pursuit of the two men. Taking the London road as the most likely direction for tracing them, the two officers reached Ware about two o’clock in the morning, and evidently before the desperadoes had reached so far. At five o’clock, however, they found that the horse and trap and the two men had passed through the town. The police officers then followed in pursuit and at Stansted they found that they had passed through the place only half an hour before. The pursuit was continued with redoubled zeal and at Roydon the distance between pursued and pursuers was reduced from a half to a quarter of an hour.

A little farther on, at Broadley Common, the officers had the satisfaction of a sight of the men as they drove up to a public-house, where their horse and trap was taken into the yard. The police were directly on the spot, and naturally thinking that the men had gone into the house went one to one door and one to another. While the precaution was being taken the two men, realising the desperate straight to which the sharp practice of the police officers had brought them, appear to have escaped across a brook at the back of the public-house and across a meadow, being obliged to abandon a valuable but much exhausted steed, and the cart and its contents, to save themselves. The police officers found the cart to contain six white fowls (alive) and a hutch, a formidable-looking “jemmy” and an umbrella, an old tea canister containing linseed, a small hamper and a nosebag, a black bag containing a partridge and a piece of mutton. The police, after examining and taking means to secure the horse, cart, and its contents, continued towards Epping. There, in the absence of immediate traces of them, the further prosecution was placed in the hands of Superintendent Simpson and the local police with a favourable chance of their being captured, afforded by the close pursuit of Sergeants Hummerstone and Redhouse.

These officers returned to Royston on Wednesday night, bringing with them the cart and its contents, many of which evidently constituted the night’s booty; the horse, however, was so much exhausted by being so hard pressed that it was found necessary to leave it at Buntingford for rest and to be examined by a veterinary surgeon. That the two thieves were men of desperate character and prepared to make everything fish that came to the net was clear from the nature of their booty, and from their previous proceedings, for during Monday they visited Barley, where a call was made at Mr. Hagger’s the butcher, who was relieved of the trouble of selling a joint of mutton. At the “Flint House” they remained some time to cook some meat and refresh themselves; one of them who carried his arm in a sling availing himself of the opportunity of applying a poultice to the injured limb. At Melbourn in the afternoon of Monday they were also seen and there can be little doubt that the man who escaped from Mr. Waller on a former occasion was one of the two who paid the visit again on Monday night.

Police Sergeants Hummerstone and Redhouse are deserving of great credit for their vigorous prosecution of the thieves for, although they were not captured by them, their close pursuit leaves the case less difficult to prosecute successfully by the local police about Epping Forest. In addition to this the restoration of a large amount of stolen property will have been effected should the owners be found, for it is believed that the horse and trap had been stolen.’

A further report appeared in the Royston Crow on 14th June 1878:

During the present week a man has been apprehended and will be brought up at Worship Street Police Court to-day (Friday) on a charge of breaking into a warehouse in London and, as there is reason for believing him to be one of the men who paid the second predatory visit to, and received a warm reception from Mr. Waller, of Meldreth, Supt. Cocksedge has been communicated with for the purpose of identifying the man. Accordingly, Sergeant Hummerstone will attend the Worship Street Police Court to-day accompanied by Mr. Willers, of the Black Swan, Market Hill, Royston, who saw the two men at the “Flint House” and was asked to change horses by them on the day of their visit to Meldreth. Should the prisoner now in custody be identified by Mr. Willers as one of the men whom he saw at the “Flint House” he will be remanded and further charged with stealing the horse and cart which Sergeants Hummerstone and Redhouse took from the two men after their clever and somewhat exciting chase from Royston to Epping.’

Note: Thanks to Linda Clarke and Kathryn Betts for their help in researching this case.