You are here: HomenextNew contributionsnextDavid Piggott’s Retirement and his Memorable Moments Booklet 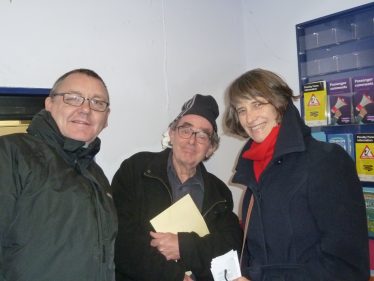 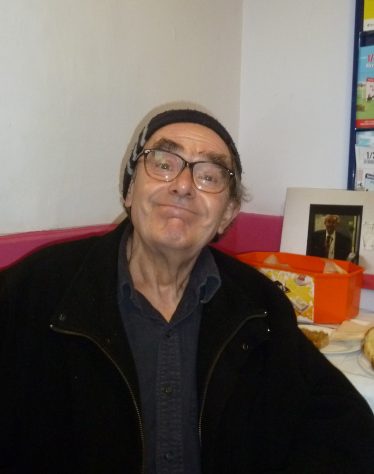 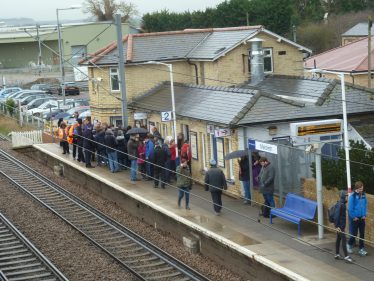 zoom
No room in the waiting room. Some of the many well wishers queueing to wish David well on his retirement.
Tim Gane 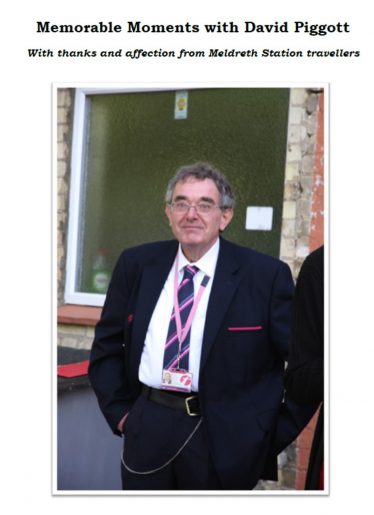 David Piggott, Station Master at Meldreth Station, retired on December 12th 2015 following a period of ill health. In his 16 years in the post he became much loved by all the commuters he served, both the regulars and the occasional travellers, for his sharp wit, kindness and helpfulness. Such was his standing in the community that, on the day of his retirement, the waiting room and immediate platform were packed with well wishers to thank him for his loyal service.

Unfortunately, David had a bad fall whilst ‘working out’ in the gym the day before his retirement party and arrived slightly late, wearing a large bandage around his head where the hospital had bound up the big gash he had sustained in the fall. He made a gallant effort during the event, although he may well have been better at home in bed than receiving the bombardment of so many well-wishers!

You can hear a short extract of David’s retirement presentation by clicking on the PLAY button on the audio link above.

As a tribute to David, Susan van de Ven, our County Councillor and leader of the Rail User Group, collated stories, memories and good wishes from many villagers to produce a 24 page booklet in commemoration of his time at the station. This booklet is available as a download below and is a fitting tribute to how much David was loved in the community.

In 2010 Terry Dash interviewed David at his home in Water Lane, Melbourn about his life.  Extracts from this interview, where David relates stories about some of his passengers, can be heard elsewhere on our website.

Sadly, David passed away within three years of his retirement. His obituary is available elsewhere on this site.