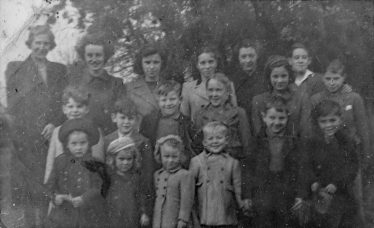 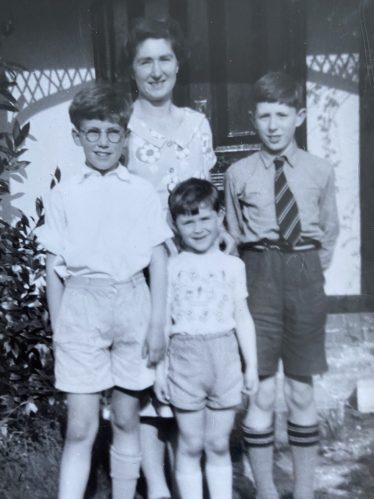 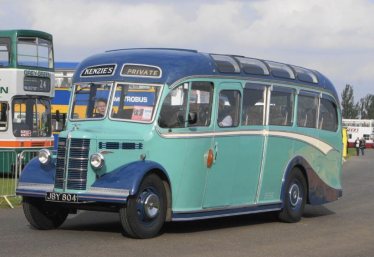 zoom
A 1951, Duple-bodied Bedford coach driven by Cyril Kenzie at Duxford, 2014, very similar to the one Alan Pinney remembers from Sunday School outings to the seaside.
www.cbwmagazine.com 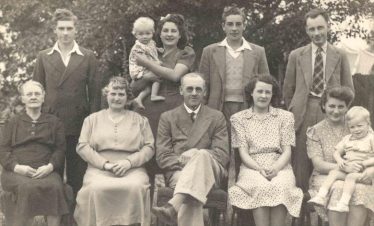 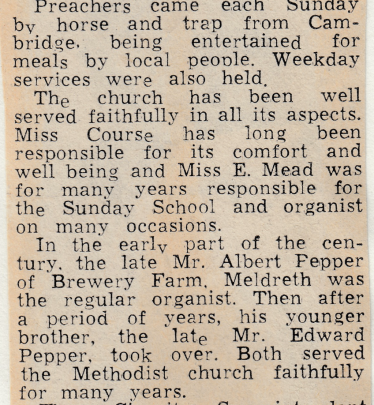 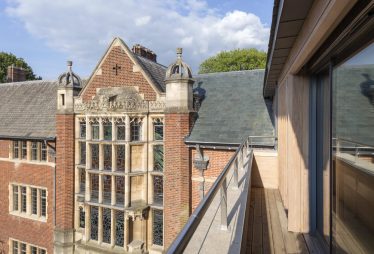 zoom
Wesley House, Methodist Theological College, Jesus Lane, Cambridge where Rev. Beck was a student minister when he preached at the Meldreth Wesleyan Chapel in the 1950s
www.cowpergriffith.co.uk

Alan Pinney, a former resident of Meldreth, has vivid memories of attending Meldreth’s Wesleyan Methodist Chapel as a boy in the 1950s:

“I must have been about five when I started to go to Sunday School at Meldreth Chapel on a Sunday morning. I would have walked or biked there from our home in the High Street. I remember the occasion when, on our return journey, my handlebars became entangled with those on the bike ridden by Michael Bellis, and I ended up on the tarmac. I still have the scar on my knee to show for it!

I don’t remember much about the services, but at Sunday School we had the usual bible stories read to us, and we had to learn poems that we then recited at an annual event when parents and others attended. I do remember very well that one particular year I was given two poems to recite. One was about busy bees and the other was about twittering birds. Unfortunately, my elder brother Robert (Angus) had taught me to get them mixed up. When my time came I proudly stood up at the front and started “I am a little busy bee, I twitter in the trees”. Everybody, except me, thought this was very funny! I was mortified and the Sunday School teacher had to lead me through each line from there on. I imagine I was very glad to get to the end and sit down again.

Our teacher was Miss Ethel Mead. In later years she had a helper, Althea Ilett, who was the daughter of Eric mentioned below. Miss Mead seemed to me to be very old! She was strict, but very kind. She played a small organ in the Chapel which was powered by her feet pumping the pedals that must have been attached to the bellows in the organ. Miss Mead lived just up the road from the Chapel in North End and she used to bike each day to Melbourn Primary School where she was a Schoolmistress, as they were then called.

There was an annual Service, I can’t remember if it was called Thanksgiving or a Prize Giving where we were awarded prizes for our achievements. I have one still, a bible, given to me in December 1960, when I was seven. I remember having other prizes and certificates but they now seem to be missing!

I remember only one Minister, Reverend Lovegrove, who, I believe, also covered other chapels and he lived on Melbourn Road, Royston. He drove a maroon car, I think either a Morris Oxford or Austin Cambridge, which he kept in immaculate condition and once proudly showed me under the bonnet which I remember was also spotless. I have a vague recollection of another Minister who came on a Velocette motorbike but I don’t remember his name. When Rev. Lovegrove moved away, some services were officiated by Eric Ilett from Melbourn, a Yorkshireman with a deep, gravelly voice. He owned the fish and chip shop in Melbourn.

I also remember the Harvest Festival at the Chapel when a splendid array of garden produce was displayed and then sold off to raise money by auction which was great fun as far as I was concerned. It seemed quite a big event at the time. I also remember that on Palm Sunday Miss Mead arranged for ferns, to represent palms, down the aisle of the Chapel.

A highlight of the year was the Sunday School Outing when we were taken on a Kenzies coach to the seaside. I guess it would usually have been to Hunstanton or Clacton or maybe Walton on the Naze and we always had a great day. In those days a lot of folk seldom travelled very far away from the village. As a young boy I liked to go on buses or coaches as we didn’t have a car and it was a way to see a bit of my surroundings. Meldreth Chapel organised visits to other chapels and I remember going to Orwell Chapel quite a few times with my mother to joint services. The highlight of the evening would be a slide show or a flickery film showing starving children in Africa or Leprosy sufferers. I guess the aim was to raise money. At the end of the evening, following a glass of squash and as many biscuits as I could devour without appearing gluttonous, we would return to Meldreth on Mr. Kenzies’ coach. I believe the link with Orwell Methodist Chapel also involved a Youth Club, to which some of the older Meldreth youngsters were taken.

In the photo of the Chapel you can see a small door to the right of the main entrance – this was the toilet, and all I remember about it is that it was a very rudimentary device, the smell of “toilet blue” and the expanse of cobwebs that adorned the walls. It was a shame that the Chapel closed in 1970. I remember that Mother and a few others then went to the Chapel in Whaddon until that closed a few years later.”

Terry Dash, who went to the Sunday school as a young boy, also remembers Ethel Mead and the Harvest Festival. So, too, does Nigel Hanscombe who went there every weekend and sang a solo one year at Christmas: ‘In the bleak mid winter”. He says the chapel had “an absolutely fantastic harvest festival – fond memories of my childhood”. Hilda Brodrick is another person who attended as a child and, as with others, Ethel Mead stands out in her memory. Fred Mead wonders if she was any relation of his grandmother, Mrs. Mead, who lived at Fordham’s Cottage, Chiswick End, in the 1940s? (Note: if anyone knows or has any other memories of the Chapel, please add a comment on this page).

Sunday School children were given, once a year, a small book of photographs of children from Methodist children’s homes. They were known as “Sunny Smiles” and each picture could be detached and sold at a penny a page. A Sunday School prize would be given for the person who raised the most money.

Mervyn Carnell-Thurley attended the Sunday School as a boy and has vivid memories of those annual family outings to the seaside in the late 1940s and 1950s. These were organised by Ethel Mead and the destination usually somewhere along the east coast from The Wash to Lowestoft. One year, however, she decided to try somewhere different – Hastings in Sussex. The Thurley family was collected from the corner of Malton Lane by Kenzies coach at 6 a.m. on the day of the trip and did not get back to Meldreth until 1.15 a.m. the following day! Most of the time was spent on the coach with just three hours in Hastings itself. This experiment does not seem to have been repeated. Mervyn also remembers that quite a number of the children who attended the Methodist Sunday School also went to the one at Holy Trinity Church, held later in the day. Once, shortly before Christmas, the vicar interrupted the class and asked them to put up their hands if they’d been to the Chapel Sunday School earlier. When almost all of them did he told them “Well you can go home now! I know what you’re up to – just trying to get an extra party to go to at Christmas!”

David Pepper’s grandfather, Edward, (shown in the family photograph supplied by David here) played the organ at the Chapel for around 40 years until his death in the late 1960s. David remembers him having a treadle pumped organ in his bungalow on Brewery Lane, Meldreth which he used to practise on. “As a child I did go to one or two services there; I can remember it was very plain and unadorned inside. Grandad didn’t drink or smoke but he wasn’t an austere person; he was a Cambridgeshire County Councillor for some years. He was a very keen gardener and fruit grower; during the 1960s people came to visit the bungalow garden as he had a lot of rare rockery plants … When the Chapel closed some of the congregation went to Melbourn; certainly my grandmother did, my grandfather having predeceased her before the Chapel’s closure.”

The Rev. Brian Beck, archivist and former Principal, Wesley House, Cambridge recalls preaching and leading worship at Meldreth’s Wesleyan Methodist Chapel. His records show that he did so on two occasions in February 1953 and February 1955 while he was a student minister. He remembers that the services would have followed the conventional Methodist form – usually five hymns interspersed with readings, prayers and a sermon. Methodist hymn singing is legendary and this form of service was known colloquially as the ‘five hymn sandwich’! Rev. Beck’s memory is that by the 1950s the congregation was small and probably continued to decline through the 1960s. He also recollects that there was a connection with Whaddon – the Meldreth congregation joined with the Whaddon Wesleyan Methodists after the Meldreth Chapel closed in 1970, as Alan Pinney recalls above.

With special thanks to Brian Beck, David Pepper, Alan Pinney, Mervyn Carnell-Thurley and others who have contributed their memories.