You are here: HomenextPeoplenextObituariesnextDavid Robert Piggott (1947-2018) 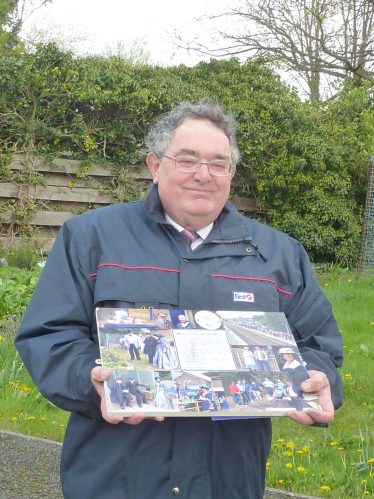 David Robert Piggott was born in Royston in 1947, son of Kathleen and Robert Piggott, older brother of Ann.  The family lived in Buntingford where David attended Buntingford (now Layston) Primary School.  He passed his eleven plus and went to Hertford Grammar School (now Richard Hale) then on to Queen’s College Oxford, where he read French and Spanish.

After working for NatWest for a year David decided on a change in career when someone came in to make a withdrawal with a sawn off shotgun.  He loved his time in London and became a regular theatre goer. He went back to Richard Hale, this time to teach languages.  He was involved in exchange trips and youth hosteling trips; in fact he taught the sons of boys he had been at school with. Once the boys made a bet with him about taking an A level of their choice. He did it; it was Commerce and Law. He was highly regarded by both pupils and staff and he kept in touch with many of them. Some of them were able to attend his funeral, bringing with them school photographs.

After a bout of ill health David retired from teaching and went to live in Melbourn. He got a job at Walnut Medical in 1997 with Bob and Kimmie, who became lifelong friends. Bob said that David took on different persona depending on which language he was speaking.  Together they took the local quiz circuit by storm. Finally, David went to work at Meldreth Station in 1999.  Bob said it was his stage. He was the epitome of customer service: hot drinks, cold drinks, telephone calls when the train was late, and endless tickets to get his customers from A to B via the cheapest route. He continued with theatre visits and also museum trips; it didn’t matter what it was, he was interested. He attended church regularly and at his funeral the choir sang their own tributes to him.

David retired from the station due to ill health in December 2015.  Progressive Supranuclear Palsy took its relentless toll on him, but he was wonderfully cared for at Margaret House, Barley where his friends continued to visit him and send him letters.  He had been a prolific letter and postcard writer, and needless to say, up to the end, he was still winning the quizzes they put on!!!

You can listen to David’s stories of some of his passengers on another page on this site.