You are here: HomenextPeoplenextObituariesnextDonald Roy Findlay (1924 - 2009) 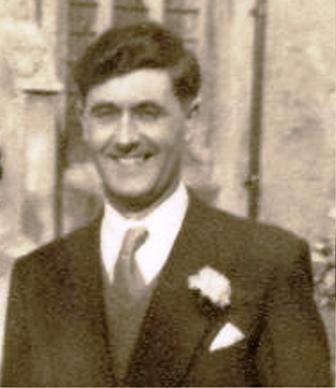 The following obituary first appeared in the February 2009 issue of Meldreth Matters.

The Meldreth Matters team was saddened to learn of the recent death of Don Findlay. Don was known to many in the village, particularly through his art work. Some of his drawings can be seen on the Parish Council website.

The Reverend Mary Price read the following tribute to Don at his funeral service on Wednesday 7th January.

Don was born in 1924 in Waltham Cross. He later attended Enfield Grammar School and then completed a course at the London School of Art. After the war, with two friends, he journeyed to Cambridgeshire and lodged in Meldreth whilst working at Malton Farm. This did not last long and he moved to a job in Royston. He met his wife Mary and they settled in Meldreth and had three children, Jane, Elizabeth and Alistair.

In Don’s younger days his interest in motorcycles took him to the Isle of Man with his friends. He was also a crack shot, winning several medals for the County Pistol Team. He started work at the Cambridge Shire Hall as a Draughtsman and Engineer and later moved to the City Council at the Guildhall, Cambridge, where he stayed until taking early retirement.  This gave him the chance to take up his love of art again, exhibiting his work regularly.

His other great love was walking, particularly in the Lake District and the Scottish Highlands, taking many photographs to paint later. His expertise in photography enabled him to amass a collection of slides consisting of close-ups of insects, wild flowers and animals. His great friend, Den Unwin, who was an entomologist at Cambridge University, encouraged this and also shared Don’s love of classical music.  Don’s collection of slides was welcomed with open arms by the Wildlife Trust for use in their magazines and lectures, and this ensures that they will be well looked after and appreciated.

Don’s interest in motorcycles returned in a second childhood and along with several old friends, he joined the Royston Motorcycle Club. They purchased new machines and leathers – less Marlon Brando, more Last of the Summer Wine gang!!  As his eyesight began to suffer from glaucoma, Don took to a sidecar with his good friend, Len Saunders at the helm and with goggles and scarves akimbo they were known as Wallace and Gromit and still managed motorcycle charity runs, shows and meetings.

His children inherited his love of the Lake District, wild places and motorcycle racing. His daughter, Jane, even took his interest in aircraft to a new level by arranging special days for Don and his friends at Duxford, to have sneaky looks inside several exhibits when she was working there.

As the shadow of Alzheimer’s took its course, Don found crowded places a strain and gradually declined invitations to his old haunts. He appreciated his friends and their concerns for him, but eventually could no longer recognise them.

His last years at Richard Cox House in Royston were comfortable and carefree. The staff looking after him were genuinely fond of him and he felt safe there, which was the most his family could have hoped for.

He had a good life, good friends and an eye for the beauty of nature, which he had the ability to capture on both paper and film. His paintings will remain as a reminder of his golden days in the mountains, where he was at his happiest.