You are here: HomenextPeoplenextObituariesnextJan Hazlewood 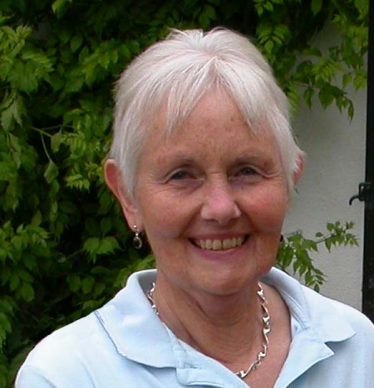 The following obituary first appeared in the February 2010 issue of Meldreth Matters.

‘Tis easy enough to be pleasant,
When life flows by like a song
But the person worthwhile,
Is the one with a smile,
When everything goes wrong.

This little poem in part sums up the life of Jan Hazelwood. Jan was born in Aberystwyth 68 years ago, but the family soon moved to Birmingham where they spent the next few years.

Jan had no trace of a Birmingham accent, except maybe after a little tipple at a party where she would entertain the guests. Eventually the family moved to Hitchin and at the age of seventeen, Jan met Alan and the rest is history. They married three years later and after a spell at Hinxworth moved to Meldreth where they lived together most happily for the next 41 years. Their two sons Niall and Duncan attended the village school and then went to Bassingbourn Village College.

We, her very close friends at Meldreth Tennis Club, are very sad that Jan lost her thirteen year battle against cancer on 8th January this year. Jan started playing both badminton and tennis almost 30 years ago when I held classes at Melbourn Village College. Here, friendships were formed which have lasted to this day. We also had endless hours of fun learning our different strokes.

After a while, we moved the tennis sessions to the Meldreth courts and eventually just had a fun class on a Monday morning. Jan loved her tennis and hardly ever missed a session. She was always cheerful and joined in with us at our many social functions. The Monday ladies had a tennis lunch just before Christmas when we again enjoyed Jan’s company. She was a good cook and always brought along great food for us to eat. It was always a good day when Jan propped up her bicycle against the tennis gate and came onto court. She always had something interesting to tell us, and never kept secret her many visits to the hospital and the treatment she was undergoing.

Jan should certainly have a medal for bravery, and to us close to her she was a shining example of how live should be lived even at the most difficult of times.

Our thoughts and love go to Alan, Niall and Duncan.