You are here: HomenextPeoplenextObituariesnextHerbie Henry 1945 - 2007 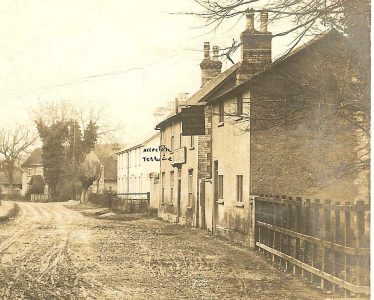 The following obituary first appeared in the December 2007 issue of Meldreth Matters.

It was a great shock for all to hear of the death of Herbie Henry, who passed away at home on 18th October after a short illness.

Herbie was well known in the village and far beyond, for the scrap yard that he ran at Chiswick End, a business that has been part of the village fabric for many years and which he took over from his late father in the 1970’s.

Herbie was born in Ireland in 1945 and was one of four children. The family moved to Litlington soon after the war. At school in Bassingbourn he was noted for being a successful long distance runner, but within a few years took up stock car racing, winning trophies at Brayfield and also achieving success in local grass track events.

He married Nina in 1969 and moved into Allerton Terrace where their four children grew up, whilst Herbie was often working long hours at the yard.

The family moved to Chiswick End after Herbie and Nina had a house built next to the yard in 1989.

The scrap yard had occupied most of Herbie’s working life, but during the 70’s and 80’s it had been flat out. I remember the yard being a hive of activity, especially on Saturdays with dozens of customers on top of, underneath, or inside double stacked cars with virtually every make and model covered. Many of us quickly realised that Herbie knew as much about fixing vehicles as breaking them and listening to his advice was worth far more than a bookshelf full of Haynes manuals!

Life at the yard became less hectic in recent years, which gave Herbie some consolation; he was more able to enjoy the company of his grandchildren.

Herbie gained respect, not only for the hard graft that his business demanded, but also due to voluntary work that he did to benefit others. A few years ago several houses in Chiswick End were in danger of flooding due to a blocked ditch. Whilst the various authorities were in the process of assessing the situation, Herbie hired a digger and cleared the ditch. No one was sent a bill.

I was very grateful for the help that we were given when we moved to Chiswick End and built next door.

Herbie will be remembered for his community spirit, practicality and common sense, but also for his off beat sense of humour; his passing in many ways being the end of an era.

I shall miss him as friend, neighbour and also gamekeeper.